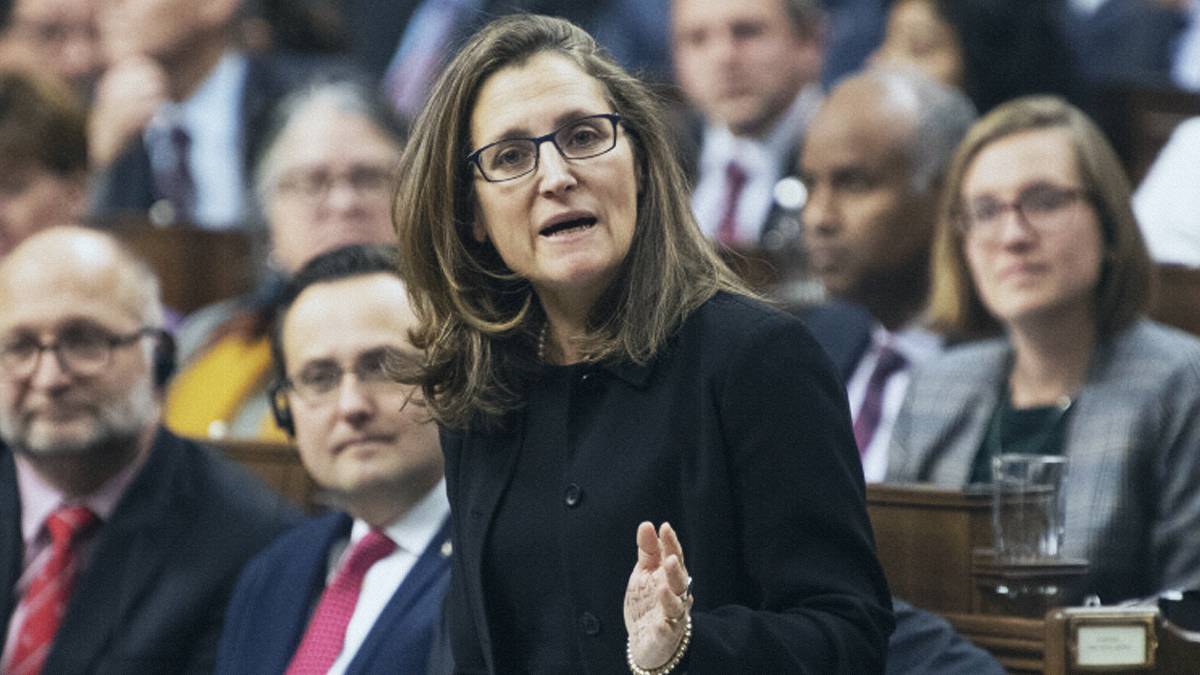 In July, the government projected a $343.2 billion deficit in the upcoming fiscal year. The added debt will bring the net federal debt to $1.2 trillion by next March.

According to Blacklock’s Reporter, newly-appointed finance minister Chrystia Freeland told reporters that the deficit will be another $39 billion more than presumed due to increased spending measures.

“Our government has taken on more debt so Canadians didn’t have to,” said Freeland.

Freeland, alongside Employment Minister Carla Qualtrough, made several announcements on Thursday. Among them was a freeze on Employment Insurance premiums and changes to EI eligibility criteria.

When asked whether she would put forward a budget before the House, Freeland said that she wouldn’t “make any grand policy pronouncements.”

Trudeau moved Freeland into the top cabinet position after the abrupt resignation of former finance minister Bill Morneau in the wake of the WE Charity scandal.

Earlier this week, Trudeau announced that he would be proroguing parliament. The prorogation effectively shut down a number of parliamentary committee investigations into the Liberal government’s relationship with WE.

Recent document disclosures indicate that the Prime Minister’s Office and the Trudeau cabinet had a role in pushing the public service to select WE for the $912 million Canada Student Service Grant contract.

One email from the assistant deputy minister of finance Michelle Kovacevic indicated that the PMO was “weighing in” on the grant decision and that there was “positive communication with WE.”

The evidence seems to contradict Trudeau’s testimony to the House of Commons finance committee, where he suggested under oath that the public service was solely responsible for the contract.