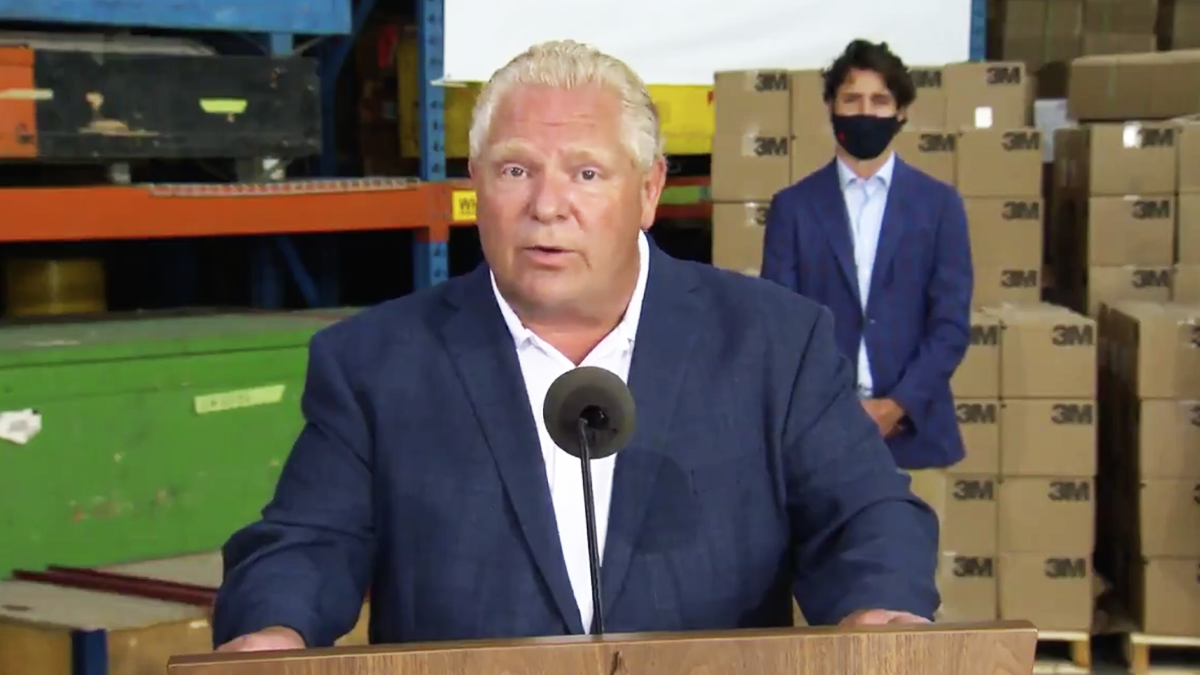 Ontario Premier Doug Ford has said that he doesn’t plan on campaigning for new federal Conservative leader Erin O’Toole come the next election.

“I can’t take my eye off the ball for an election or anything else,” he added.

“I won’t be campaigning for anyone, like I didn’t last time, either.”

Ford’s comments were in contrast to the praise he offered for Prime Minister Justin Trudeau and Deputy Prime Minister and Minister of Finance Chrystia Freeland last week.

“We have a phenomenal relationship. I think the world of the deputy prime minister, we are able to get a lot accomplished just by communicating and collaborating — and along with the prime minister as well,” said Ford.

Earlier, Ford had called Trudeau a “partner to all premiers,” a sentiment which the prime minister seemed to return.

“You wonder why I’m always up here praising him? Because he did an incredible job,” Ford said of Trudeau.

When pressed to give a reason why Ford won’t be campaigning for O’Toole, Ford told reporters he would “take the high road.”

“I’m gonna just work hard with Ontario … getting our economy back up and running, make sure everyone’s safe here,” said Ford.

O’Toole was declared the new leader of the Conservative Party of Canada on August 23 after edging out Peter MacKay on the third ballot.

As the newly elected leader, Erin O’Toole will be facing off against Justin Trudeau in the next election. Some have speculated that a snap election could follow as Trudeau’s minority government reels from the WE Charity scandal and the resignation of former finance minister Bill Morneau.

Earlier this month, Trudeau announced that he would prorogue parliament. The Liberals will present a throne speech on September 23rd and a confidence vote will follow.