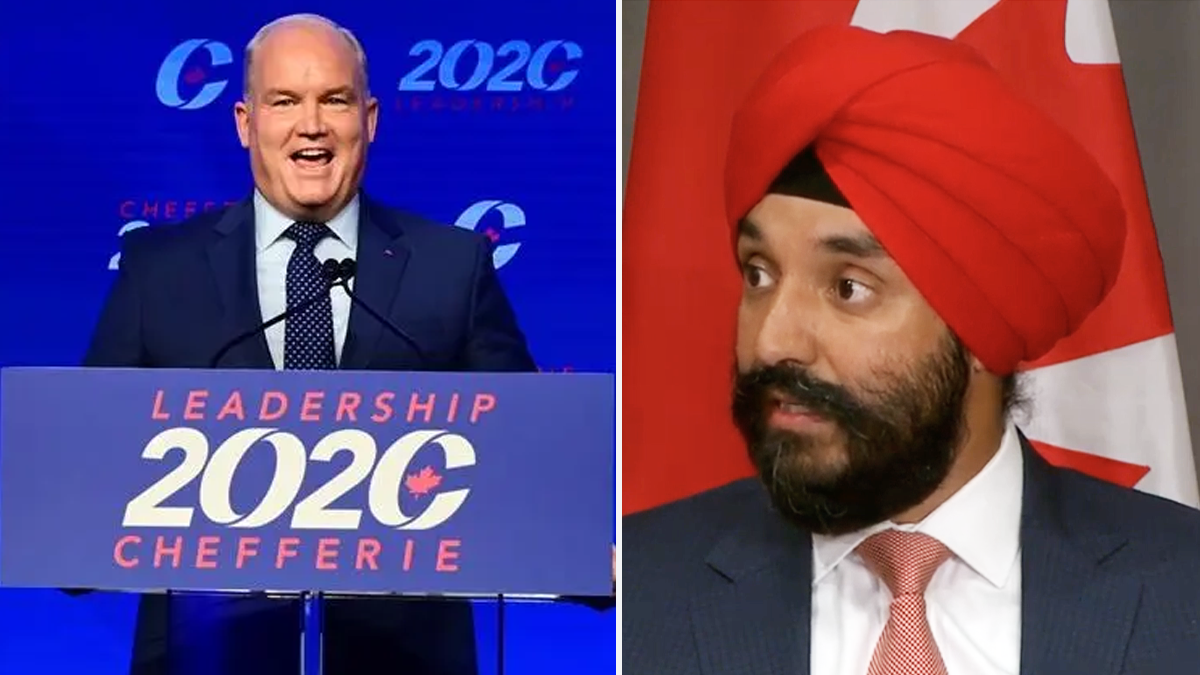 Bains’ comments were sparked by a loaded question posed to him by CTV reporter Noah Richardson.

“Some folks from the Harper-era are returning to the Hill to work with Mr. O’Toole. I am wondering if you see or are afraid of a Harper-era return to science and innovation and with the Conservatives attempting to perhaps deny or muzzle scientists like we saw under the Harper government?” asked Richardson.

In response to the question, Bains began by congratulating O’Toole for his successful candidacy but then launched a number of baseless accusations against the new leader of the opposition.

“As you’ve indicated, he has a clear opportunity to demonstrate that he wants to move the country forward and with the recent hires that you’ve highlighted, also the issues with Derek Sloan that my colleague Pam Damoff has highlighted… they seem to be stuck in the past, stuck in divisive politics, stuck in a view that they need to muzzle scientists, cut funding for innovation,” said Bains.

O’Toole has only been the Conservative leader for two days and has yet to speak in detail on the topic of science or scientists while in his role.

Bains was referencing a statement put forth by Liberal MP Pam Damoff earlier today calling on the Conservatives to remove MP and party leadership candidate Derek Sloan from caucus for alleged “racism, misogyny and bigotry.”

“The Conservative Leader must remove Derek Sloan from his Caucus, and refuse to sign his nomination papers as a Conservative candidate,” wrote Damoff.

“It’s deeply disappointing to see that Erin O’Toole is continuing to follow the path of divisive politics, of pitting one Canadian against another, one region against another and as you’ve indicated muzzling scientists and cutting funding for science,” said Bains during the government’s daily COVID-19 briefing.

O’Toole delivered his first news conference on Tuesday as the leader of the official opposition. On the same day, he released a list of people he will be appointing to senior staff positions.

Among those nominated to positions was Tausha Michaud as his Chief of Staff, Fred DeLorey as his national campaign manager, Alupa Clarke as a senior adviser and Janet Fryday Dorey, who was put forward as a candidate to be the Executive Director of the party.