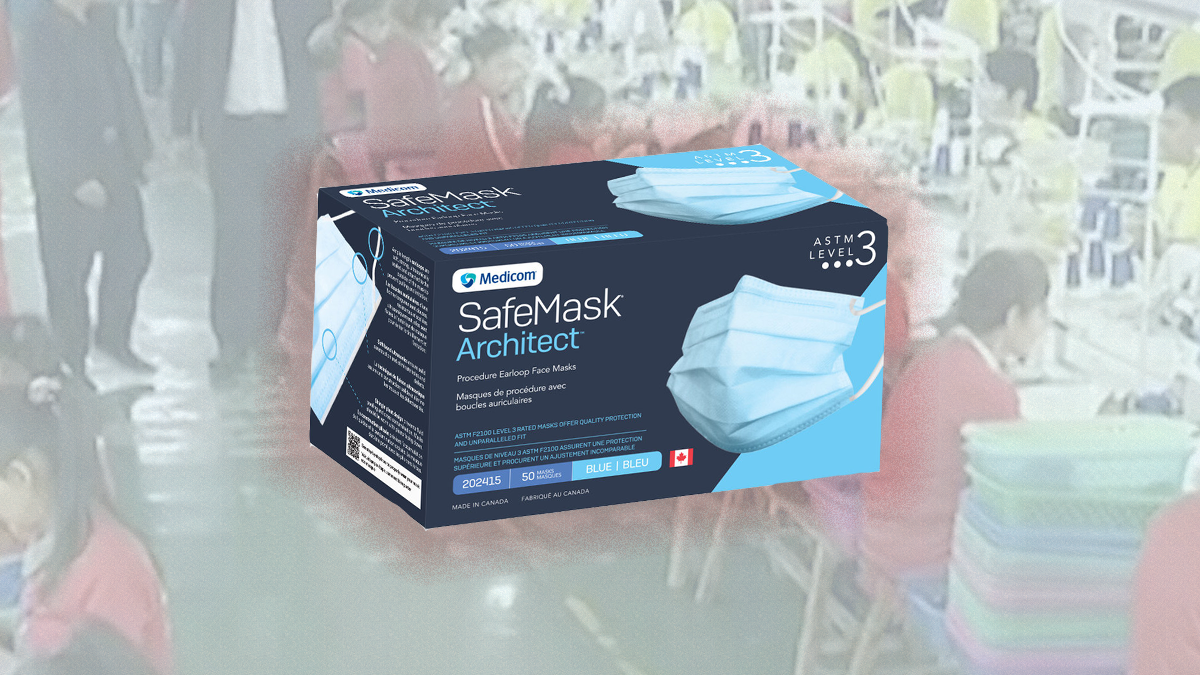 A Chinese newspaper says forced prison labour is being used at a factory owned by the Montreal-based medical products company AMD Medicom, according to a story in Blacklock’s Reporter.

“Among workers at Canadian medical product manufacturer Medicom’s local factory, there is a special group…Its members are offenders under community correction who volunteered to help produce masks,” the Communist Party-affiliated Shanghai Daily wrote.

The claims have not been tested in court and cannot be independently verified by True North.

AMD Medicom says none of the masks delivered to Canada were manufactured in the Chinese facility in question.

“The Chinese government controlled all production and operations. Every mask made in the facility during that period was appropriated for domestic use in China.”

According to Padvaiskas, masks delivered to Canada came from other Medicom facilities or from existing inventories.

In June, Trudeau government officials said that they could not verify that all masks that came to Canada from China were not made using forced labour.

“Getting line of sight into these types of questions is not an easy thing to do,” Deputy Public Services Minister Bill Matthews told the Commons government operations committee.

“We have checked with the contractors we deal with,” he said, adding that Canada asks firms for “self-certification” that they do not use forced labour.

Using prisoners as forced labour is common in China. Over the years, several Western companies have been accused of allowing Chinese prisoners to work in their factories under grueling conditions.

According to the Shanghai Daily, local authorities thought that using prison labour at the AMD Medicom factory “might be a good chance for people under community correction to reintegrate into society.”

Earlier this year AMD Medicom was given contracts with a total value of $381,693,476 to produce masks despite not having a single factory in Canada. No other firms were given the opportunity to bid on the contracts.

AMD Medicom lobbied Industry Minister Navdeep Bains and his staff nine times before the firm was awarded the $381 million contract.