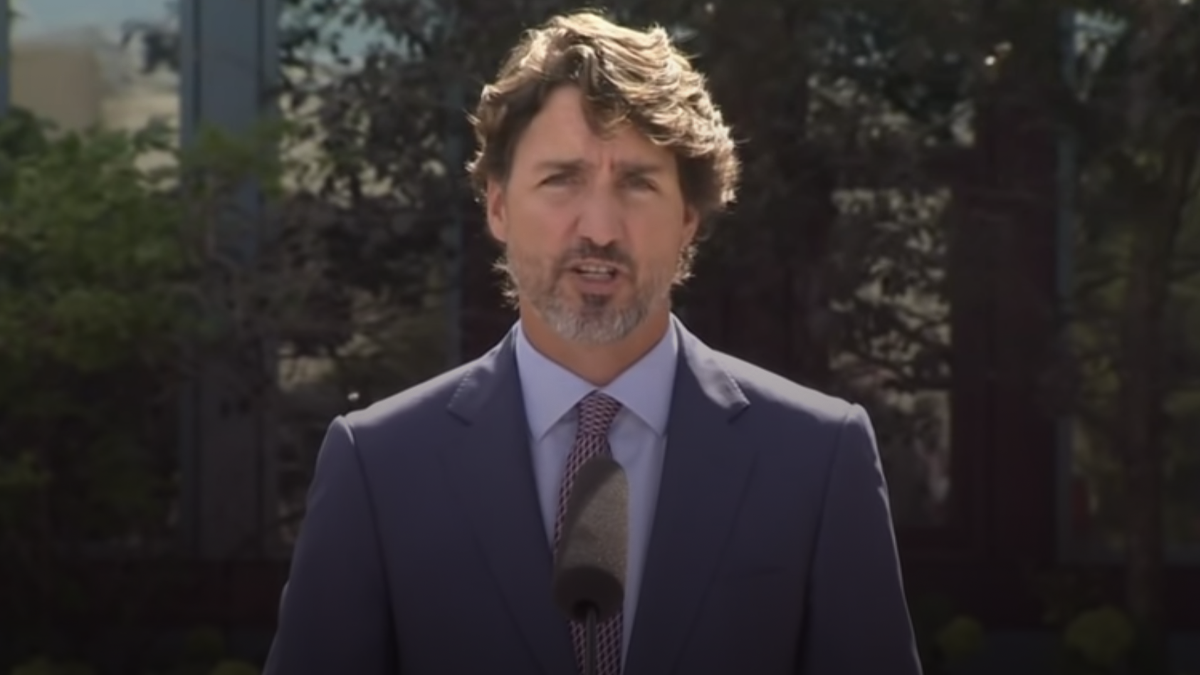 “We’ve seen, following that, people on either side of the spectrum trying to use these elements as a way of furthering debates,” Trudeau said in French. “I think that we’re seeing, particularly on the extreme right, that they’re trying to start culture wars and divide Canadians on issues such as that.”

Trudeau did not identify a specific group or elaborate on how “extreme right” groups were attempting to sow division.

On Saturday, left-wing radical protesters tore down the historic statue of Canada’s first prime minister from its pedestal and decapitated it as police watched on.

Leaflets handed out at the protest allege that Canada’s first prime minister was a “white supremacist.” In the pamphlet, protesters identify themselves as an unnamed “diverse coalition of young activists.”

Photos of the incident also show that the statue was spray-painted with anarchist symbolism.

“A mob has torn down and defaced the statue of Sir John A Macdonald in Montreal. This vandalism of our history and heroes must stop,” said Alberta Premier Jason Kenney in response to the incident.

“Many of those on the extreme left responsible for this kind of violence claim that Canada is an illegitimate state, all the while enjoying Canada’s rights, freedoms, privileges and prosperity. None of those things were created by accident.”

The protests coincide with recent calls to defund the police over alleged systemic racism and other similar rallies across Canada and the US.

While talking to the media on Monday, Trudeau said he was “disappointed” by the vandalism.