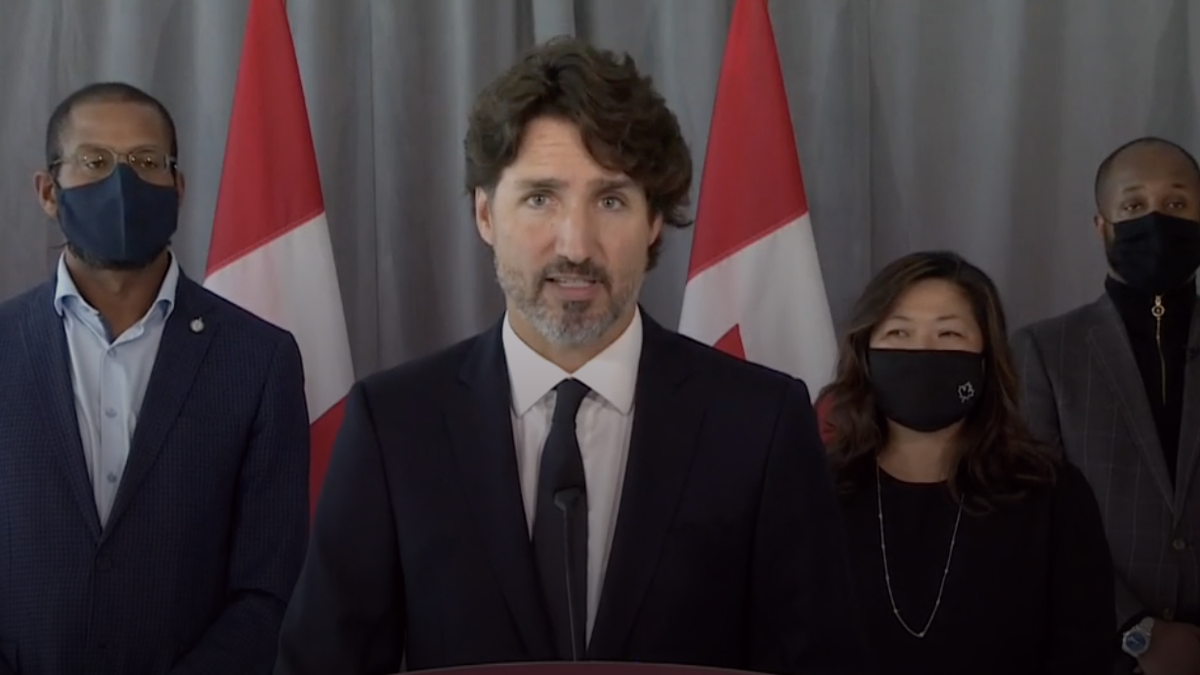 Prime Minister Justin Trudeau won’t speak to whether or not he has a plan to reduce Canada’s massive deficit.

At a press conference Wednesday, Trudeau did not answer directly when asked if Canadians can expect a fiscal anchor announced at the throne speech on September 23.

“I know people are eager to see what’s going to be in the throne speech and I’ve been very clear it’s going to be an ambitious, responsible plan for helping Canadians right now and building a stronger future for us all into the coming years,” Trudeau said.

“The values and principles that underpin it should be obvious to everyone because they are the things this government has remained focused on from the beginning.”

“Our principle from the very, very beginning has been we will be there for Canadians,” Trudeau replied.

“Every step of the way we will continue to be there for Canadians.”

Over the weekend, Parliamentary Budget Officer Yves Giroux warned that Canada’s deficit will become unsustainable within 1–2 years on the current financial path.

While Trudeau has not said whether his government will reduce the deficit or not, he has previously stated his government is not considering tax hikes to make up the difference.

“As the crisis is evolving and we are in months three, four, five, six and seven of this crisis, I think it’s reasonable for Canadians to expect more from the government in terms of what’s the plan going forward,” said Giroux.

While Trudeau has remained quiet on what will be announced in the throne speech, he has hinted at ambitious plans to “reimagine Canada.”