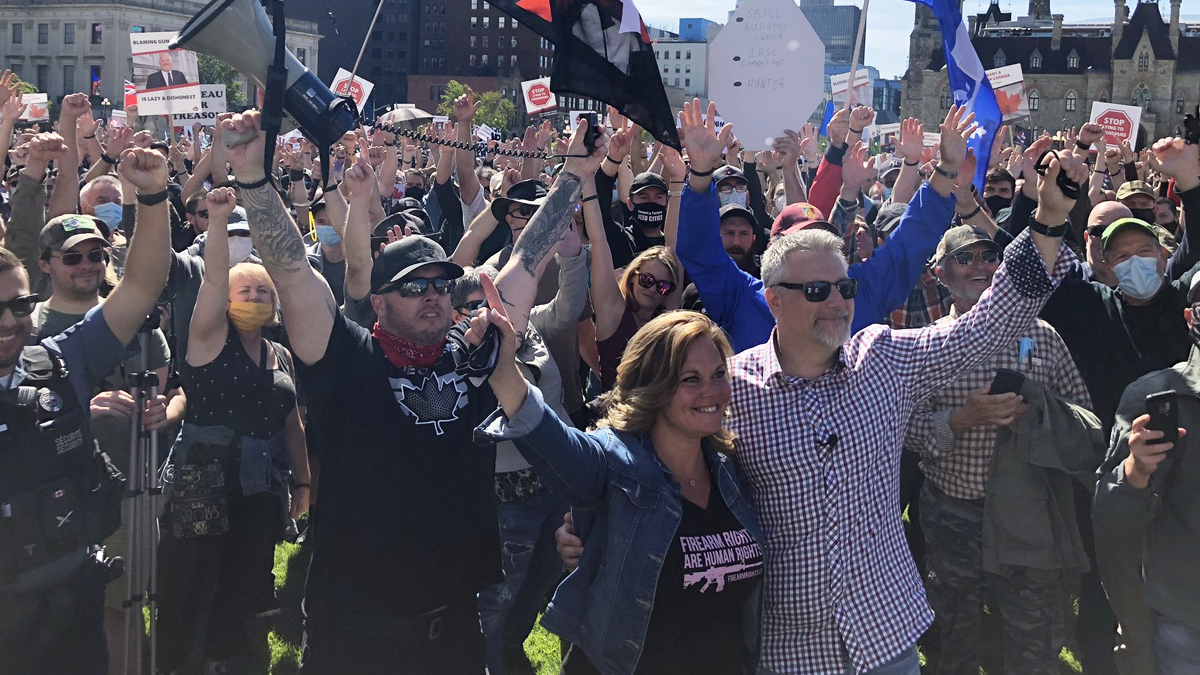 Canada’s gun owners wanted to be heard, and they were.

Thousands of Canadian gun owners and advocates took to the streets of Ottawa Saturday afternoon to demand accountability from politicians.

The Integrity March was organized by the Canadian Coalition for Firearm Rights (CCFR) as a “public relations exercise” to show lawmakers, the media and Canadians as a whole that gun owners are a part of the country and should not be vilified by the government under the guise of public safety.

CCFR chief executive officer Rod Giltaca told True North’s Andrew Lawton it was important to push back the Trudeau government’s latest “assault” on law-abiding gun owners — the overnight ban of 1,500 variations of firearms — and defend against this infringement of property rights.

“Over the last couple decades we’ve taken the course of just keeping quiet and minding our own business. That hasn’t worked, obviously. We’re under assault again,” Giltaca said. “I think our goal today is just for gun owners to be proud of Canadian gun culture. We have a very vibrant gun culture; guns are nothing new in Canada.”

The CCFR estimates 5,000 people participated in the march, which was led around downtown Ottawa and back to Parliament Hill by a band of bagpipers.

True North encountered people from as far away as British Columbia, New Brunswick and the Yukon at the march.

After the event, CCFR vice-president Tracey Wilson told Lawton it’s important to keep up the pressure in the coming days and months.

“What I want everybody to do is to continue to hold Justin Trudeau and his Liberal government – and especially Bill Blair – responsible for their lack of credible work on crime,” Wilson said. “You can take my guns. You can take my knives. You can take everything I own, and you’re not going to save one life, because I’m not a dangerous person. And neither are these people.”

The Liberal government’s massive May reclassification gave owners of the 1,500 affected models two years to surrender them to the government or face prosecution. The ban was initiated through an order-in-council, bypassing the parliamentary process.

The government issued the bans as a response to the mass-shooting that occurred in Nova Scotia in April, despite the fact that the shooter obtained his firearms illegally and did not have a firearms license.

Public Safety Minister Bill Blair didn’t address the march in a Saturday statement, opting to restate his confidence in his government’s gun ban.

“The prohibition limits access to dangerous weapons that have no place in our communities, while also recognizing legal civilian ownership of firearms for hunters, sport shooters and collectors,” Blair said.

“We have reached a sensible position that prioritizes public safety, supports effective police work and community programming while treating everyone in a fair and reasonable manner.”

Giltaca and Wilson declined to say whether they plan to host a second march, but Wilson was clear there’s more work to be done.

“We’re just getting warmed up,” she said.