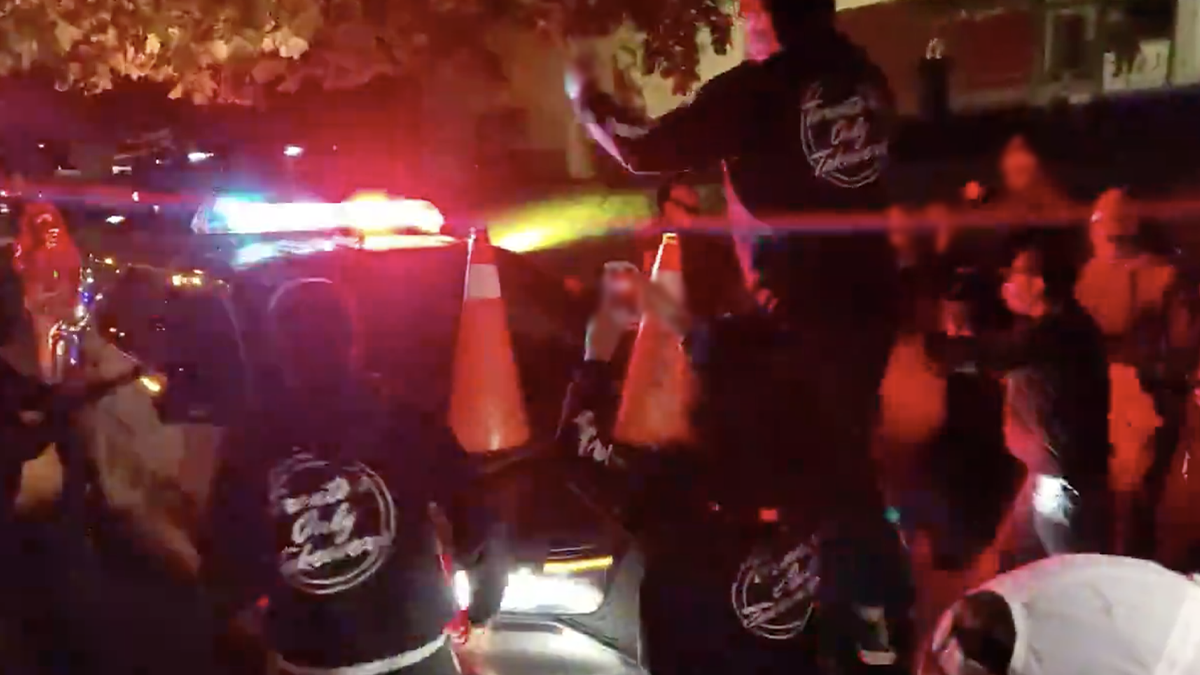 Videos of the incident show members of the mob climb and surround officers who were responding to reports of stunt driving near the Toronto Zoo.

“Three Toronto Police Service (TPS) scout cars were surrounded by the motor vehicles, and by others who were on foot,” a police source told the Toronto Sun.

“A few members of the crowd climbed onto the TPS scout cars and began jumping on top of them. Others in the crowd kicked the scout cars.”

“It is reported on arrival, there were a large number of vehicles which had blocked off the intersection. Vehicles were performing [sic] stunts such as donuts, the officers’ cars were surrounded by people, the crowd became hostile and people began attacking the police vehicles,” Toronto Police Service spokesperson Connie Osborne told the Toronto Sun in an emailed statement.

Videos of the incidents show cars drifting in the midst of a crowd of spectators before police cruisers arrive on scene to disrupt the crowd.

Immediately after, a significant portion of the crowd approach the cruiser and yell profanities at the officers.

Reports claim that the crowd dispersed after police arrived and no arrests were made.