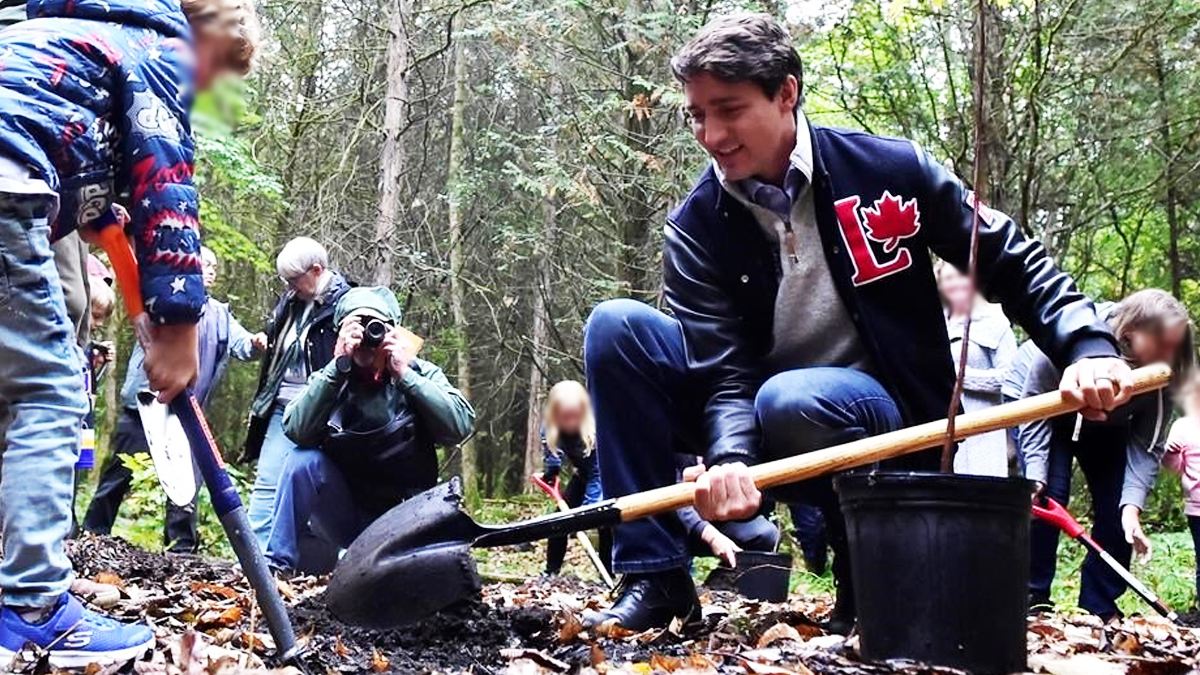 Prime Minister Justin Trudeau’s government has not planted a single tree since he made a pledge to plant 2 billion of them during his reelection campaign a year ago.

The campaign promise was made shortly after he met with teenage climate alarmist Greta Thunberg at a climate march in Montreal.

However, according to a report La Presse, not a single tree has been put into the ground.

The 10-year plan would have required 200 million trees to be planted annually, or over 500,000 a day beginning in September of last year.

Almost one year in, the Liberals will now have to plant 222 million trees annually to reach their intended mark.

“Officials are currently preparing a comprehensive plan to fulfill this commitment,” Ian Cameron told La Presse in an email statement that has been translated from French.

While meeting with Thunberg last year, the teenage activist chastised the prime minister for not doing enough to tackle the issue of climate change.

“I try not to focus on the individuals and rather focus on the whole picture because … of course it’s easier to just blame someone and of course he has a lot of responsibility … and he, of course, is not doing enough,” said Thunberg about Trudeau.