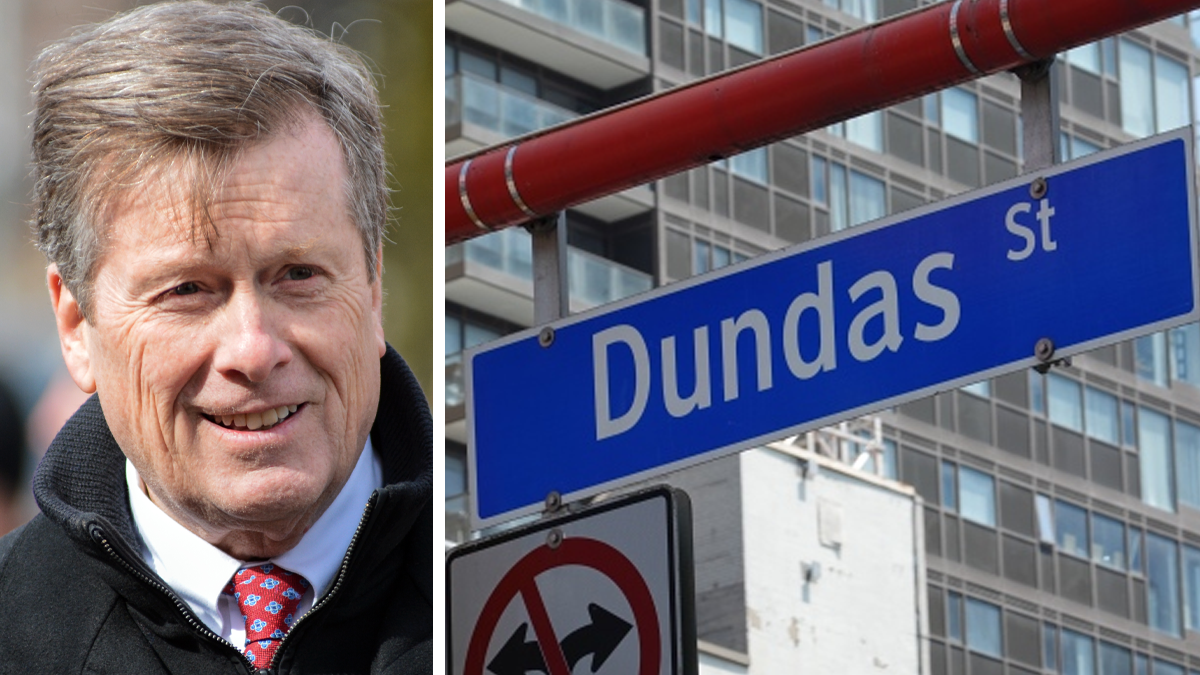 The City of Toronto would have to spend an estimated $3.02 million to rename Dundas St. and other facilities with the name after complaints by activists that the place name has historically racist ties.

According to a report filed with the city’s executive committee, renaming Dundas St. would mean replacing 730 street signs plus renaming two subway stations and two streetcar routes, which would require new signage. Changing the name would also affect three parks and 13 park facility signs, not to mention 685 Bike Share stations, as well as dozens of other changes.

Compensation to residents for street name changes could cost taxpayers up to $980,000.

“Businesses would incur higher financial costs than residents even though most changes to address can be made online. However, the time required to make the changes with a variety of suppliers, institutions and other contacts could take up a considerable amount of an operator’s time,” said the report.

The report comes as more than 15,000 people sign a petition calling on Toronto to strip the name of the “highly problematic” Henry Dundas, the first Viscount Melville from city streets, over allegations that his name is linked to “colonialism and slavery.”

“In the wake of two weeks of protests against police murder and racial injustice, Toronto City Council can take a constructive and symbolic step toward disavowing its historic associations with persons who have actively worked toward preserving systems of racial inequality and exploitation,” the petition claims.

Toronto has since acquiesced to the demands of protesters and launched a review into Dundas St. as well as numerous other place names.

“We realized other streets such as Jarvis Street, Russell Hill Drive and Baby Point are other places that are problematic so we’ll be working through a very thoughtful process,” Toronto’s chief curator of museums and heritage services, Wayne Reeves, told 680 News.

During hearings, descendants of the Dundas family spoke in defense of their family’s history claiming that the historical Dundas had “no personal involvement in the slave trade,” according to Bobby Melville.

“I carry the name with pride. (The street) also carries the names of a pioneer family,” said Richard Dundas.

“Considering the renaming of Dundas Street is just the beginning of the work we need to do to build a Toronto where we all belong,” said Tory.