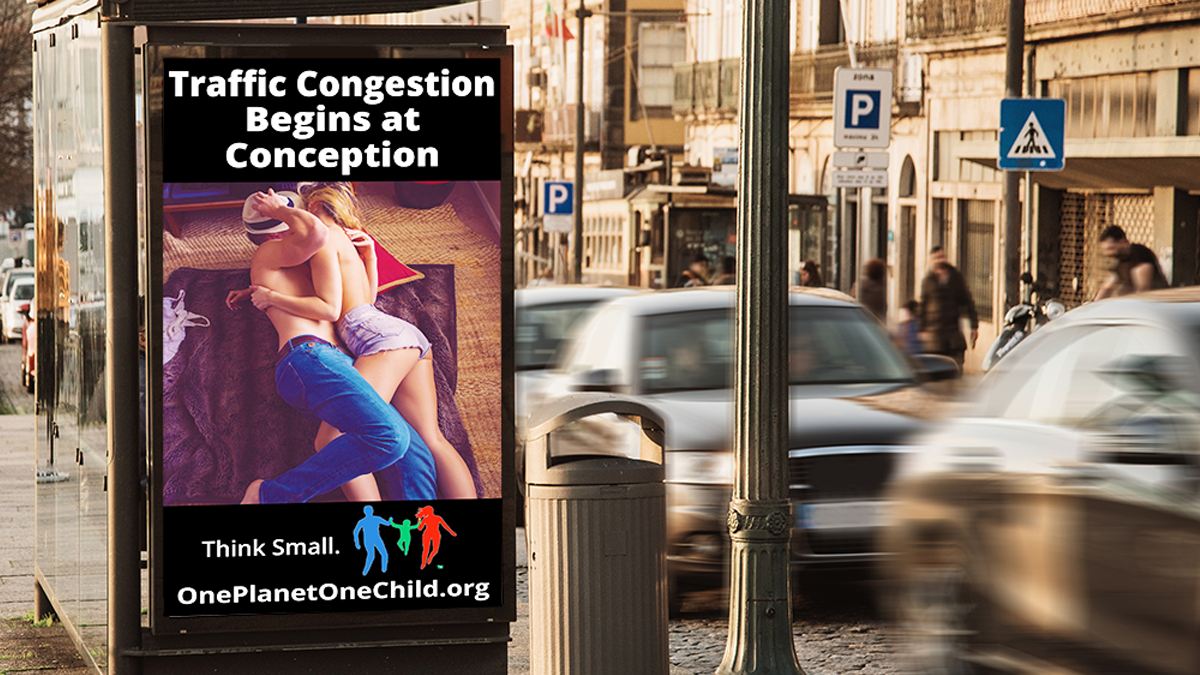 An advocacy group seeking to educate Canadians about overpopulation and climate change has erected a number of billboards throughout Vancouver, British Columbia which encourage people to practice population control measures.

The purpose behind the One Planet, One Child ad campaign, which is being promoted by the organization World Population Balance (WPB), is to “hasten progress toward a small family norm, leading to a sustainable world population.”

The campaign suggests that Canadians should only have one child, practice contraception or choose a childless life to reduce the world population.

“We want to get Canada talking about overpopulation. A surprising number of journalists, elected officials, and the public are unaware the world is overpopulated or uncomfortable talking about it.” said WPB Executive Director Dave Gardner, in a news release.

“[People] don’t realize the solution to overpopulation – and much of the environmental destruction it causes – is simply to embrace the accelerating trend toward freely chosen smaller families.”

As it stands, Canada has among the lowest fertility rates in the world, according to World Bank Data. For every woman in Canada, 1.5 children are born. In comparison, countries with some of the highest fertility rates like Niger or Somalia, have over 6 children being born per woman.

On WPB’s website, the group also advocates using “specially-created” soap operas to idealize the life of families who have fewer children to illiterate people.

“These special soap operas are currently running on every continent (except Antarctica) and are having an incredible impact to help reduce people’s expectations about their “desired family size,” claims the WBP website.

Among the messages included on the billboards found throughout Vancouver include statements like: “We Choose One!”, “We Chose Childfree!”, “Traffic congestion starts at conception”, and “Thank you for shrinking your carbon footprint,” among other phrases.