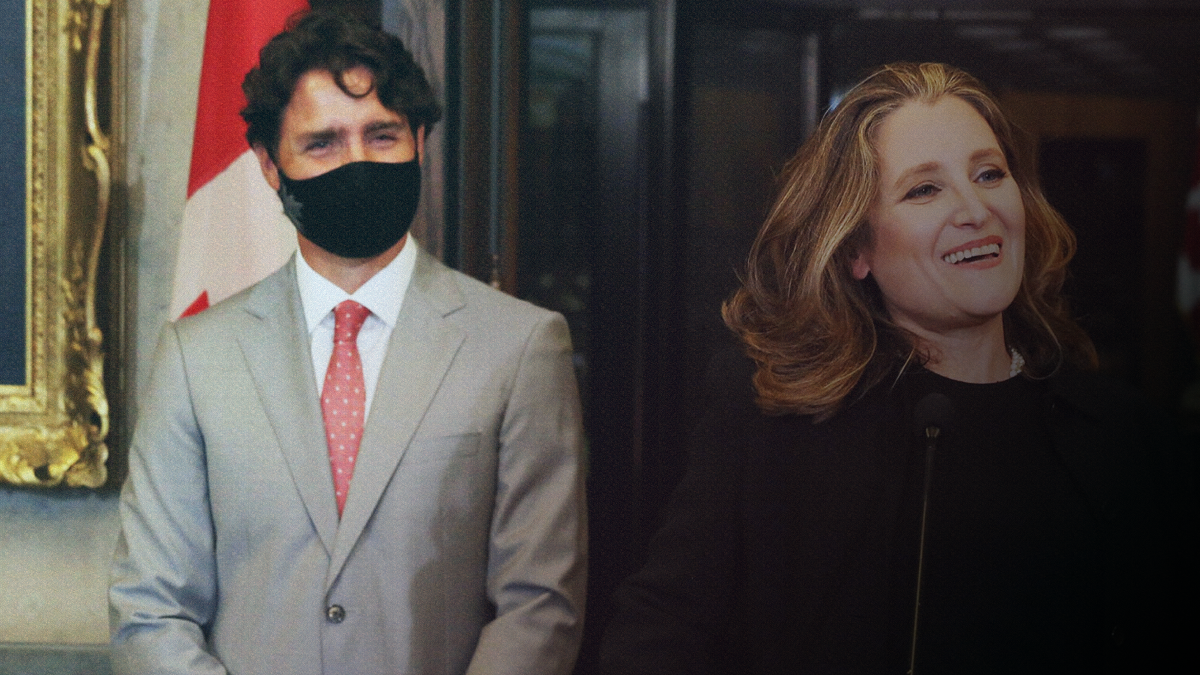 Finance Minister Chrystia Freeland isn’t saying just how much in the red Canada’s books will be this year, blaming the effect such a statement might have on markets.

Speaking to the Senate on Thursday, Freeland refused all attempts by senators to learn if her government will let the deficit surpass $400 billion.

“I will not make projections today concerning the deficit,” she said.

“That would not be prudent. I am the minister of finance. I know that everything I say has an impact on the market in Canada.”

In July, the government projected a $343.2 billion deficit for the upcoming fiscal year. In August, Freeland announced that the deficit has increased $39 billion higher than the previous estimate.

When pressed by Conservative Senator Claude Carignan on how big the deficit will get, Freeland said spending will be dependent on how many coronavirus cases there will be this year.

Canada has seen an increase in the number of coronavirus cases in recent weeks, with both Ontario and Quebec both declaring second waves and issuing new lockdowns.

In an interview with True North, Senator Carignan said senators should know Canada’s fiscal situation before they vote on a bill which may cost billions.

“I felt that it wasn’t a big preoccupation to limit the deficit. It seems to not be a target,” he said.

“We have to make sure we do not have a preoccupation with spreading money everywhere just to win votes, and not necessarily the places that need to have it to save enterprises.”

Carignan says that if recent statements by Freeland and her predecessor Bill Morneau are accurate, the deficit will grow far beyond $400 billion this year. Carignan added that even if Freeland understands the importance of limiting spending, it does not appear Prime Minister Justin Trudeau cares.