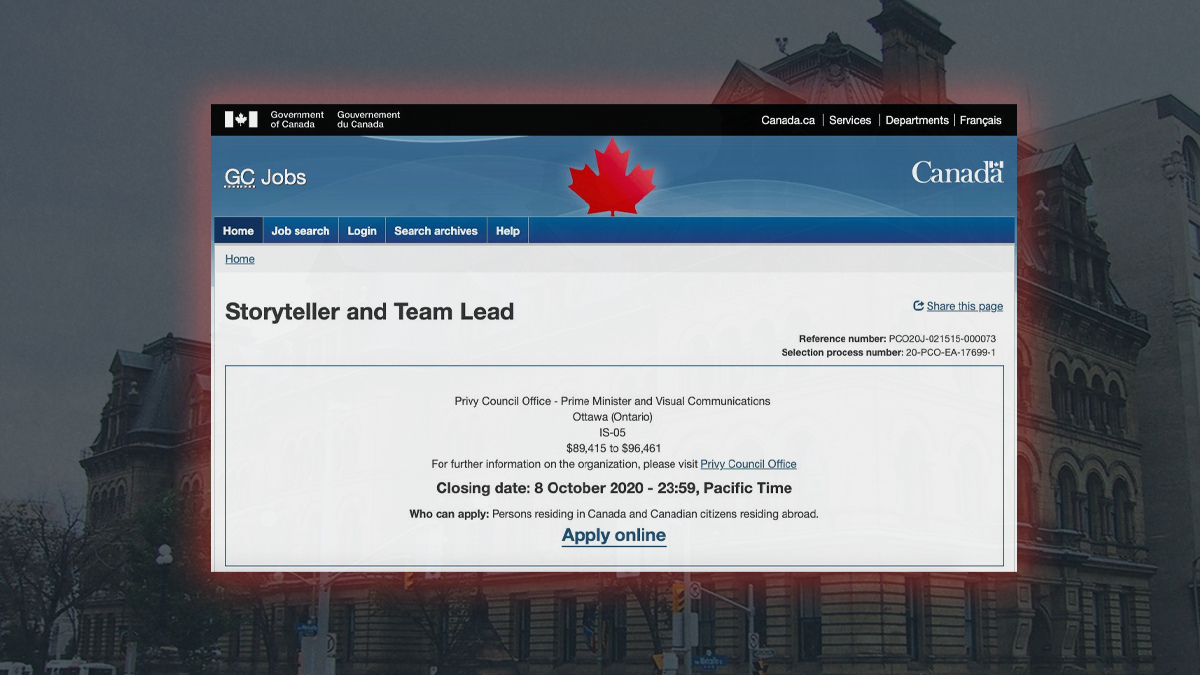 According to the job description, successful candidates will be paid up to $96,461 for “non-partisan” communications to promote Trudeau’s and Deputy Prime Minister Chrystia Freeland’s work.

“We’re looking for talented writers who can draft high-quality communications products and messages that tell a story about what the government is doing and why. Ideally, we are looking for people who can meticulously edit and parallel review in English and French,” says the job description.

“A keen interest in history and a hunger for current events and breaking news will help drive you as you write about high-profile domestic and world events.”

Applicants are also required to submit a writing sample that answers one of the following three questions:

Those who are chosen for the job will also be required to undergo a secret security clearance to work with the Privy Council Office in support of the Prime Minister’s Office.

Two streams of work are available for prospective applicants.

In the second stream, employees will work on the social media team which includes writing tweets for Trudeau and developing a social media strategy for major initiatives.

“In both roles, you will work on a team where peer support and feedback is viewed as an integral part of the writing process. We consider advice from all team members – regardless of level – on each product we write to help make sure that all of our work reflects the diversity of the Canadian public we serve,” claims the job posting.