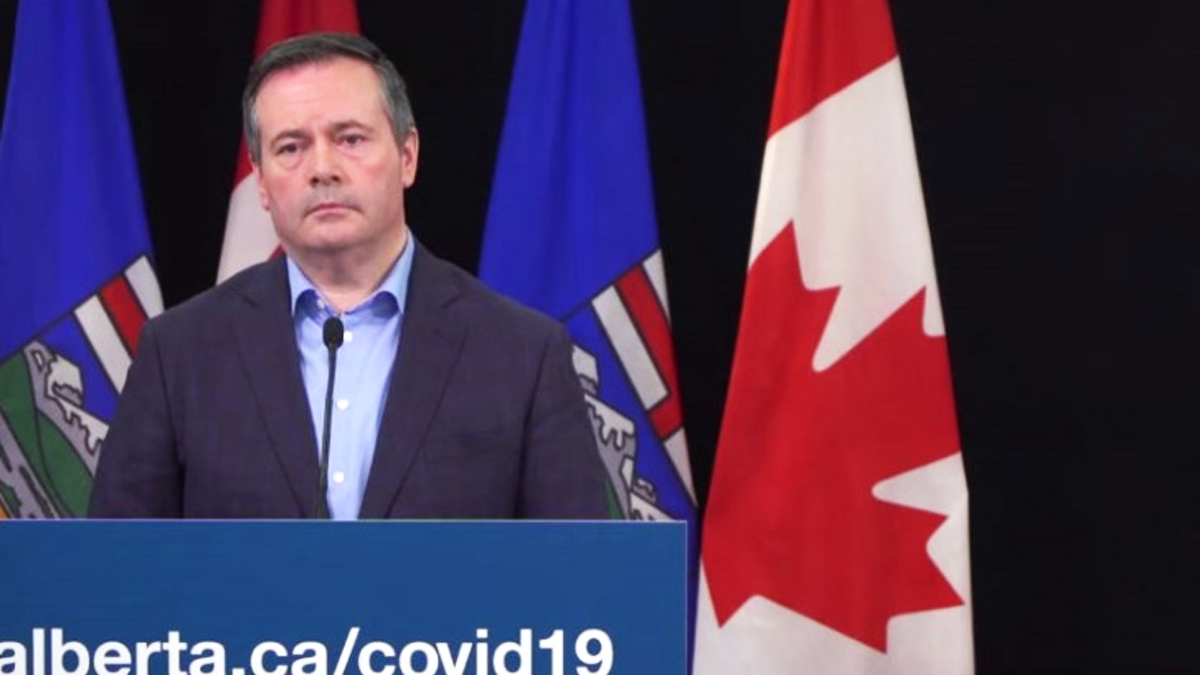 Alberta Premier Jason Kenney slammed the union-led boycott of struggling businesses that have donated to the United Conservative Party.

On Tuesday during a press conference following an announcement on the province’s natural gas strategy, Kenney blamed the NDP for politicizing businesses who already have to deal with the financial hardships of the coronavirus pandemic.

“To Rachel Notley, stop the bully tactics because right now businesses in this province need an expression of confidence, they don’t need to be attacked,” Kenney told reporters.

The “Boycott UCP Donors” campaign was initiated by 25 different NDP interest groups including the Alberta Federation of Labour (AFL). The campaign calls on supporters to send the local businesses “a message with your wallet by boycotting their services.”

Dozens of Albertan businesses are listed on the campaign’s database with publicly identifiable information.

AFL President and former federal NDP candidate Gil McGowan supported the call for the boycott by accusing the businesses of not supporting Albertans.

“These are the businesses that have been bankrolling the UCP agenda — an agenda that is kicking Albertans when they’re down,” said McGowan.

Meanwhile, Kenney lashed back at McGowan for the campaign’s unfair targeting of Albertans.

“You don’t hear anybody on the free enterprise side of our democracy seeking to boycott groups or individuals they disagree with. Where does this end?” said Kenney.

“To say that supporting that position should put you in the crosshairs of a smear campaign, a bully campaign using intimidation tactics to try to hurt those businesses is I think unAlbertan.”