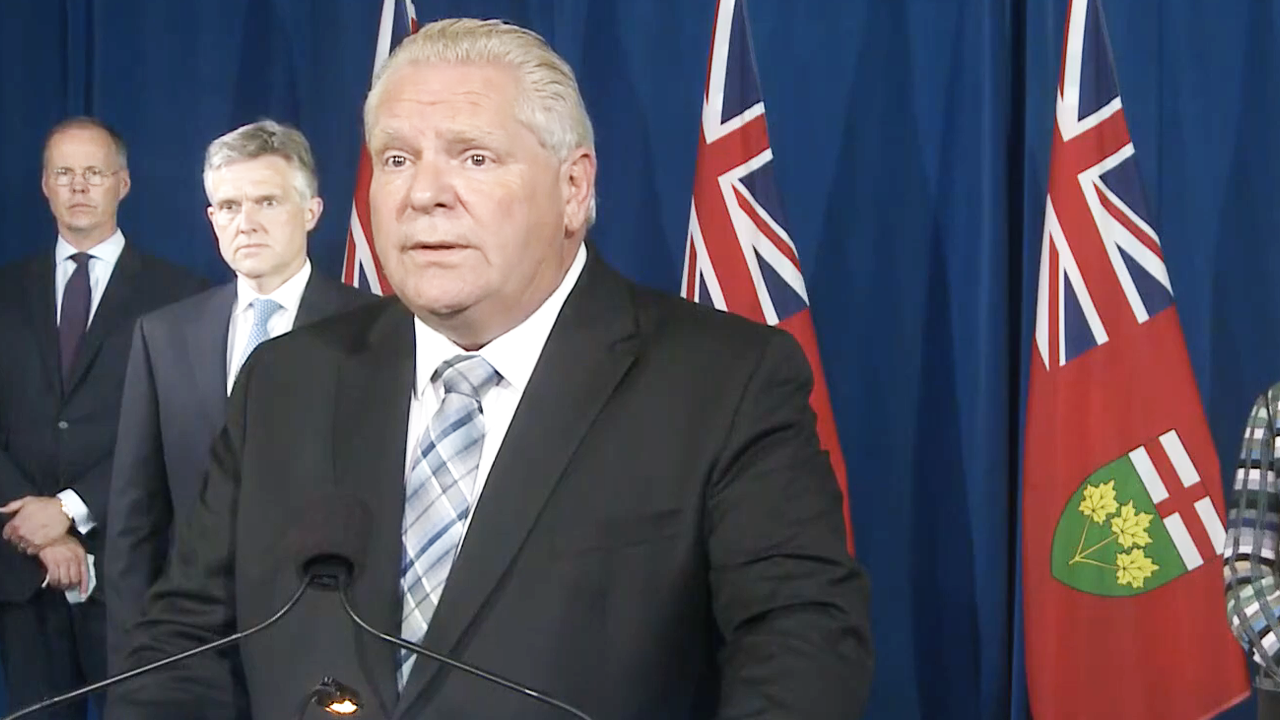 Some businesses will close and gatherings will be limited as parts of Ontario return to a modified version of Stage 2.

At an announcement on Friday, Premier Doug Ford said cases of the coronavirus have increased at “an alarming rate” and immediate action has to be taken to slow the spread.

“All trends are going in the wrong direction,” he said

Ford said that he has accepted a list of restrictions recommended to him by public health officials after seeing new data on the spread of the virus.

As of midnight on Friday Toronto, Peel, and Ottawa will return to Stage 2 of coronavirus restrictions with some modified measures. Social gatherings will be limited to 10 indoors and 25 outdoors.

Indoor restaurants, gyms, cinemas, museums and casinos will be required to close until further notice. Schools and places of worship will not be closed.

Ontario’s Chief Medical Officer of Health Dr. David Williams said during an earlier press conference that these measures “would not have been necessary” if people had followed the public health protocols.

According to Ford, coronavirus cases are growing significantly in the province, with the number of individuals in intensive care increasing in recent weeks. Toronto, Peel, and Ottawa have reported higher rates of positivity in coronavirus tests than other regions.

Ford said he recognizes the immense pain the new closures will cause businesses and announced $300 million to help small businesses survive the 28 day closures.

“I know what this will do to businesses that are already struggling.”

The restrictions Ford announced Friday are similar to those proposed by Toronto’s Dr. Eileen de Villa and Liberal leader Steven Del Duca in the past week.

When asked by reporters, Ford defended his handling of the second wave, saying that his government tried to avoid new restrictions until they were presented with new data Thursday.

While public health officials and some politicians are recommending a return to extreme restrictions, other medical professionals are arguing for a more restrained approach.

In addition, 20 physicians and academics in the field of medicine penned an open letter to Premier Ford asking him to avoid full lockdowns. The letter says that slowing the spread of coronavirus is not worth the damage lockdowns cause society.

While Stage 2 restrictions are limited to Toronto, Peel, and Ottawa, areas considered “medium risk” are asked to prepare for possible restrictions.