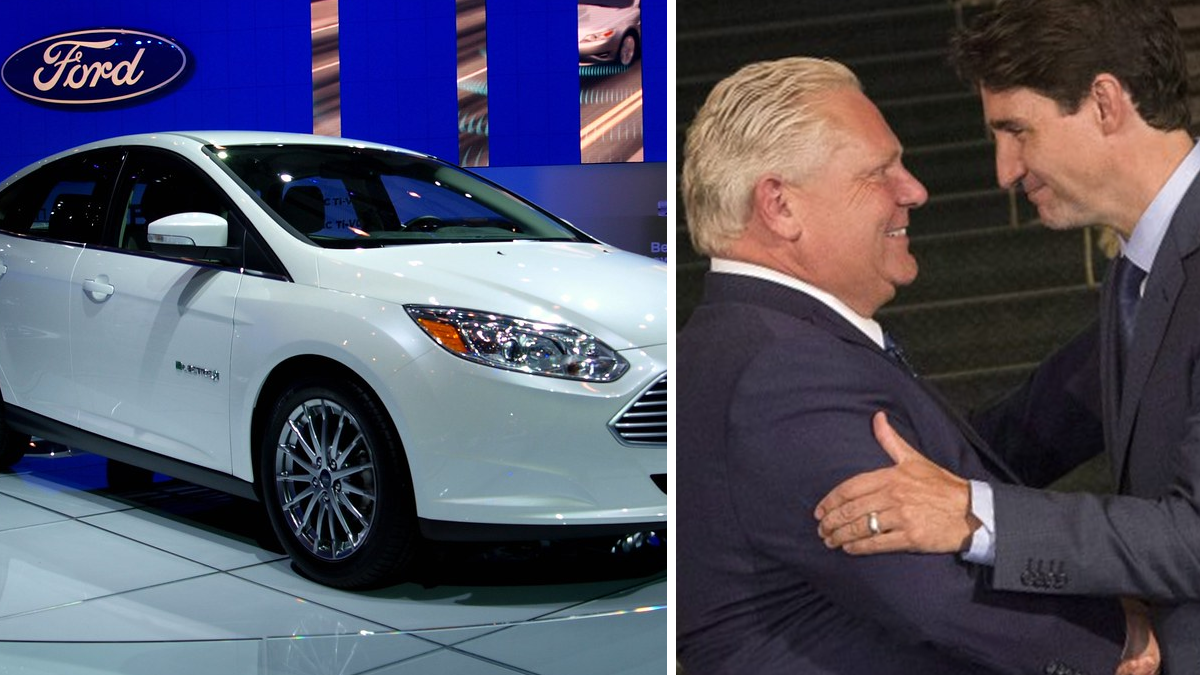 Despite past opposition by Ontario’s Progressive Conservatives to corporate bailout schemes, Premier Doug Ford announced a half billion dollar subsidy in partnership with the federal government on Thursday.

The money will be given to Ford Canada to mass produce electric vehicles at their Oakville plant.

Critics of the decision to fund the auto company include Canadian Taxpayers Federation director Aaron Wudrick.

“When they were in opposition, they were very, very critical of this sort of subsidy to big business — and rightly so — so they seem to have done a complete 180 on that,” said Wudrick.

Wudrick pointed to General Motors which was bailed out 10 years earlier as an example of when government subsidies don’t go as planned.

“Ford (Canada) has options — they can build wherever they want — and they need a sweetener to do it in Ontario,” Wudrick said.

According to Wudrick, Ford Canada has the resources to fund the project itself and Canadians should not be on the hook for a potentially bad investment.

The investment is part of an almost $2-billion strategy by Ford Canada. The Ontario government plans to invest $295 million in funding, to be matched by an additional $295 million from the federal government.

“Rather than bickering and arguing with each other, when we’re all pulling in the same direction, this is the result we get.”

According to Ford and Trudeau, the investment will go toward repurposing the plant to produce the electric vehicles and batteries.

“Today’s announcement is a testament to Canada’s attractiveness as a destination for clean technology, talent, and infrastructure in the automotive industry,” said Prime Minister Trudeau.

“Companies like Ford are helping accelerate our transition to a low-carbon, clean-growth economy, which will help protect our environment, drive innovation, and create many good middle-class jobs.”