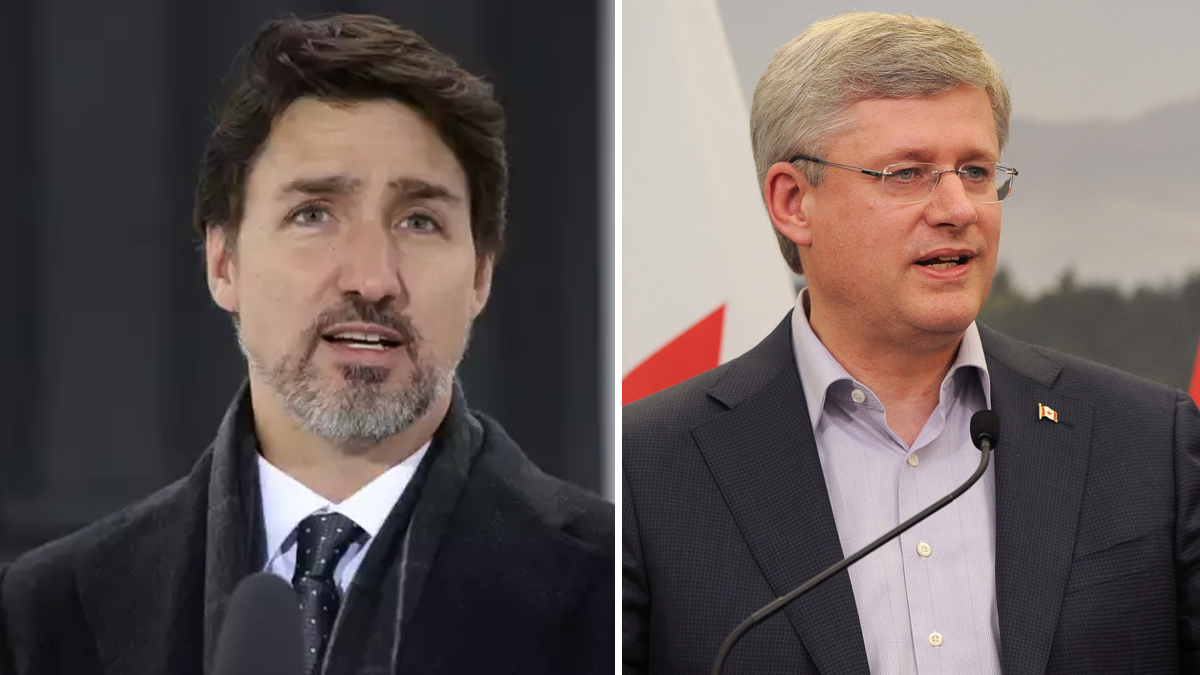 Prime Minister Justin Trudeau is blaming Stephen Harper for the current issues in the Public Health Agency of Canada.

Speaking to reporters on Tuesday, Trudeau blamed the Agency’s poor handling of the coronavirus pandemic on Harper-era decisions made over five years ago.

“We all knew that under the previous Conservative government there were massive cuts to science, there was marginalization of scientific voices, there was a putting-aside of experts in an attempt to cut the budget, cut the deficit at all costs, on the backs of Canadians,” he said.

The Public Health Agency has been accused of mismanagement after it was discovered that Canada’s emergency stockpile of personal protective equipment (PPE) like masks and gloves was dangerously low.

In May 2019, the Public Health Agency threw out millions of N95 masks and other PPE that were purchased by the Harper government. While the agency says the PPE was expired, the stockpile was never replaced.

In September of 2019, the Public Health Agency claimed that it would have been prepared for a pandemic in an internal memo.

The failure to adequately stockpile PPE has cost the federal government at least $1.8 billion in emergency purchases this year.

This isn’t the first time the Trudeau government has blamed the previous government for their handling of the pandemic.

Speaking to the Health committee, Hajdu said the stockpile issues were caused by Harper cuts despite having years to address any shortages.

“Well, I can’t speak to the five years prior to our government, where in fact under the Harper Conservatives the agency experienced significant cuts but I can tell you that during the five years that we were in government in fact we increased funding to the Public Health Agency of Canada,” she said.

Hadju also claimed that provinces and territories should have been more prepared for the pandemic.