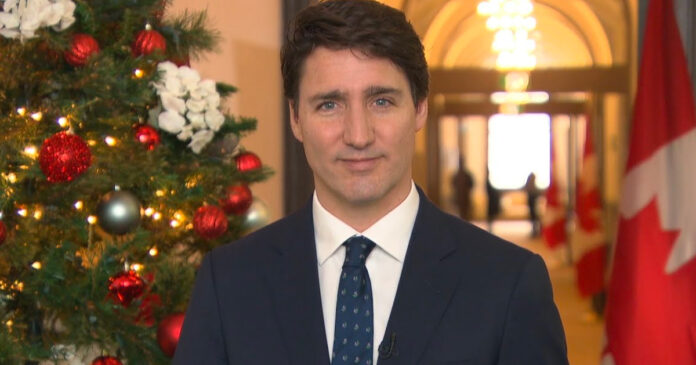 Prime Minister Justin Trudeau says Canadians should be prepared for Christmas to be impacted this year due to the coronavirus pandemic.

“It’s frustrating to have to explain to your kids in many parts of the country, like here in Ottawa, that we’re not going to be trick-or-treating this weekend,”  Trudeau told reporters during a news conference on Tuesday.

“And it’s frustrating knowing that unless we’re really, really careful, there may not be the kinds of family gatherings we want to have at Christmas.”

With only a few days left until Halloween, many Ontarians are being asked to not take their children trick or treating on October 30th in areas impacted by the second wave of the virus.

“We just can’t have hundreds of kids showing up at your door if you live in a hotspot, especially in an apartment building,” Ontario Premier Doug Ford said last week.

“Believe me, I don’t want to be the bad guy out there that says kids can’t go trick or treating.”

Trudeau has since responded to the new measures by saying that his family will not partake in trick or treating this year.

Earlier this year, the prime minister was criticized for seemingly breaking coronavirus restrictions after visiting his family over the Easter long weekend.

At the time, the prime minister crossed the provincial border from his Ottawa residence at Rideau Cottage to Harington Lake in Quebec despite calls by health officials to remain at home and not visit family who live outside of the same household.

Trudeau isn’t the only Canadian politician who has broke the government’s restrictions.

Health Canada recommends wearing masks to slow the spread of coronavirus, particularly in crowded public settings such as public transportation. Many provinces, cities and businesses have instituted mandatory mask policies.

According to Toronto Pearson Airport, masks are mandatory for all passengers and staff in the airport at all times.