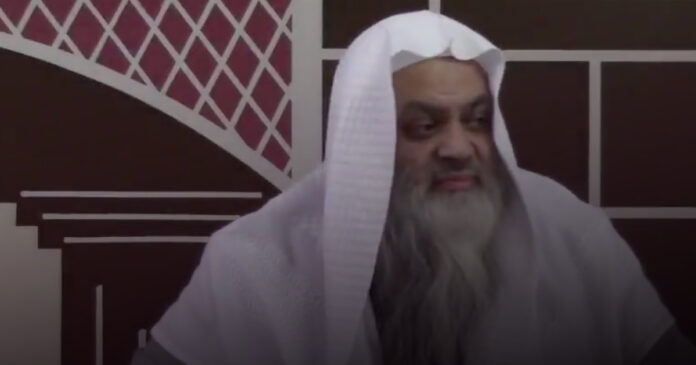 A controversial Canadian imam told his congregation that the French teacher beheaded by an Islamist extremist last month in France was a “filthy excuse of a human-being.”

“Not too long ago, a teacher in France chose to show those insulting cartoons to his class, at his school,” said Younus Kathrada in a video published by MEMRI.

On October 16, 2020, middle-school teacher Samuel Paty was brutally murdered and decapitated him on his way home from school by an 18-year-old Islamist extremist.

The perpetrator, who is believed to have shouted “Allahu akbar” during the attack targeted Paty for showing kids cartoons of the Prophet Muhammad during a civics class on freedom of speech.

Seven individuals have so far been charged in relation to the killing.

In the sermon, Kathrada also calls for his followers to boycott French goods and asks Allah to “destroy the enemies of Islam, and annihilate the heretics and the atheists.”

Kathrada is no stranger to courting controversy for his beliefs in Canada. Last year, Kathrada told his congregation to not vote for “filthy” candidates who support “homosexuality, zionism” in the 2019 federal election.

Earlier that year, he also told a youth audience that saying Merry Christmas to somebody was a sin worse than murder.

French President Emmanuel Macron has condemned the brutal murder and other terrorist attacks in France in recent days.

“We believe in the Enlightenment, and women have the same rights as men. People who think otherwise, let them do it somewhere else, not on French soil,” said Macron.

France’s security alert has been raised to its highest level in recent weeks and Macron has deployed 4,000 troops across the country to handle the flare up of extremism.

Meanwhile, Prime Minister Justin Trudeau has said that free speech is “not without limits” in response to the terrorist attacks.

“In a pluralist, diverse and respectful society like ours, we owe it to ourselves to be aware of the impact of our words, of our actions on others, particularly these communities and populations who still experience a great deal of discrimination.”