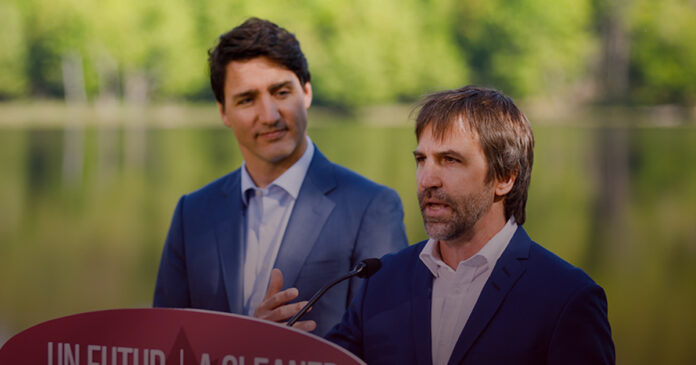 Records show that former environmental activist and Liberal Minister of Canadian Heritage Steven Guilbeault put over 21,000 km on his government vehicle between January and August this year alone.

On a month by month basis, that would average out to over 3,000 kilometers of driving.

The minister’s driving habits were revealed by an Access to Information request obtained by the Toronto Sun.

Guilbeault’s driving habits are contrary to his past espoused beliefs regarding the use of government vehicles. Ahead of the 2019 election, Guilbeault told a Quebec radio station that he would try to avoid using a car for work.

“I never needed to have a car. I understand that there are requirements when you are in a practice,” said Guilbeault.

“I don’t want to make a big ‘no, I’ll never do that’ statement, but I would try to do without. Why not? Maybe it won’t work, but at least I’ll try it.”

Guilbeault’s commitment to not driving a vehicle did not last very long. By January 2020, his government vehicle was driven for 2,305 km. Several months later, in April, Guilbeault’s vehicle was doing three times the average kilometres driven in a month by Canadians.

“The pandemic has changed the way we socialize, work and travel, in order to protect each and everyone’s health,” Guilbeault’s secretary Camille Gagne-Raynauld told the Toronto Sun when questioned about his driving habits.

“The number of kilometres used reflects the transportation between Montreal and the National Capital region to attend in-person Parliament sessions, cabinet meetings, announcements made in different Quebec rural regions over the summer.”

Guilbeault isn’t the only Liberal MP who has travelled thousands of kilometres at the taxpayers’ expense while simultaneously preaching about the need to reduce emissions.

In June, it was revealed former Environment Minister Catherine McKenna spent over $100,000 on taxi fares while in Ottawa during her tenure in the cabinet position.

In May, Blacklock’s Reporter reported that the Liberal government flew 144 people to a climate conference in Spain. The government spent at least $683,278 to send the delegation and an additional $178,282 on expenses such as airfares, taxis and chauffeured cars.