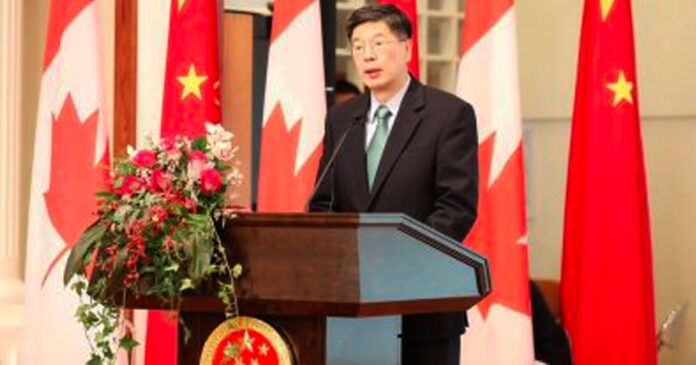 Chinese Ambassador to Canada Cong Peiwu said in an interview with Ottawa Life Magazine that Canadians should be careful with what they say about China.

“People should be careful with their comments. China is peaceful,” said Cong.

“The fundamental principle in the relationship has been undermined by Canada. Mutual respect means we respect systems here and the choices of Canadians here, but Canadians do not respect the Chinese system. This does not work well.”

Cong’s latest comments follow a veiled threat he made in October allegedly targeting the safety of Canadians currently residing in Hong Kong.

In response to the statement, Conservative Party Leader Erin O’Toole called for Cong’s immediate apology and removal from his post should he fail to make amends.

“Conservatives are therefore calling on the Ambassador to fully retract his remarks and issue a public apology. Should the Ambassador fail to do so expeditiously, we expect the government to withdraw his credentials.”

Since the arrest of Huawei CFO Meng Wanzhou in 2019, China’s attitude towards Canada has become increasingly belligerent and aggressive.