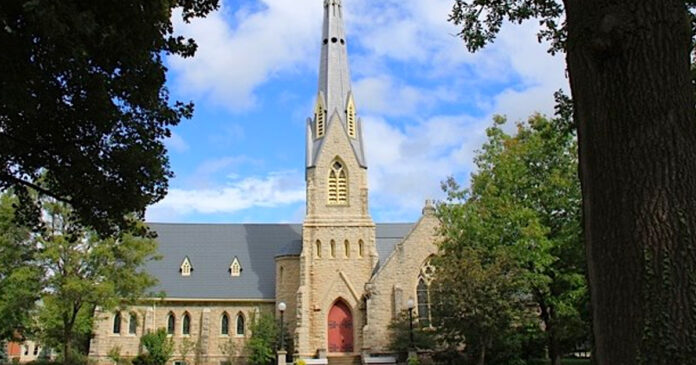 One man has been arrested following a series of vandalisms at places of worship in Owen Sound over the weekend.

On Tuesday, Owen Sound Police announced that an 26 year-old Owen Sound man has been arrested and charged with five counts of Mischief to Religious Property as well as a single count of Mischief under $5,000.

Reports say that all four churches had a large “X” spray painted on them.

An investigation into the incidents also revealed another instance of similar vandalism at the Beth Ezekiel Synagogue.

A single man was arrested on Monday in relation to the incident. Police say they were able to identify the suspect on security footage taken in the area. Police have closed the investigation.

Churches across Canada have faced a wave of vandalism in 2020, with statues facing much of the damage.

In June, a total of six statues at the Our Lady of Lourdes park in Sudbury were decapitated, including that of Christ.