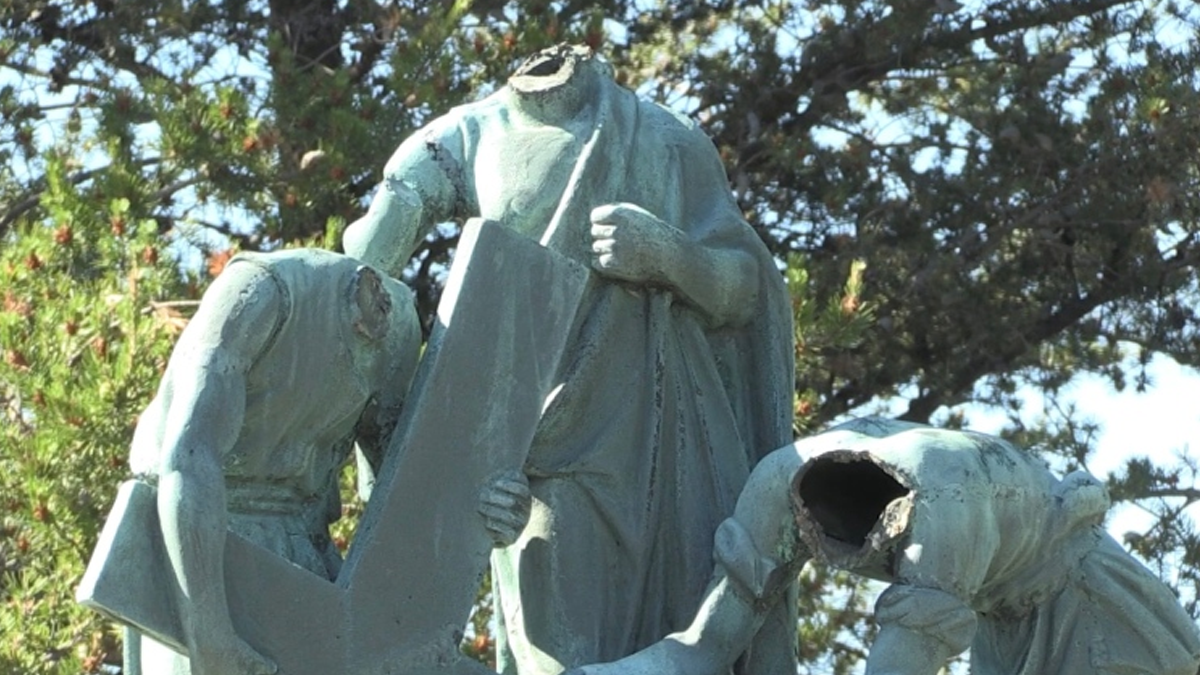 Vandals have desecrated half of the statues at the Grotto of Our Lady of Lourdes in Sudbury.

Greater Sudbury Police say the exact date that the statues were vandalized is not known. A total of six statues have had their faces or entire heads removed.

The statues, presenting scenes from the Bible, were all created in the 1950s.

David Sirois of the Diocese of Sault Ste. Marie told CTV News that the church community was devastated to learn about the vandalism.

“There’s enough volunteers and people who have donated to try and keep this site nice … for the general public. Then when you see damages like that, you wonder who would do that kind of thing?” he said.

Police say that they have no suspects or witnesses. An investigation is ongoing.

One resident told the Sudbury Star that she and her family were horrified to see what had happened when they went for a walk on Saturday.

“I love this place – it’s beyond beautiful. It is heartbreaking to see that this happened when the whole world was worried and under lockdown for COVID,” she said.

The Grotto of Our Lady of Lourdes is a popular park in the city of Sudbury, with the site overlooking Lake Ramsay and downtown Sudbury.

The Diocese of Sault Ste. Marie says they will repair the statues. The total cost of the repairs is not yet known.

Statues around the world have become targets of vandalism in recent weeks, with many receiving permanent damage.

The recent vandalism of a statue of former Prime Minister Pierre Trudeau is currently being investigated as a hate crime after black paint was put on the statue’s face.

Anyone with information about the vandalism can contact Greater Sudbury Police or Sudbury Crime Stoppers.