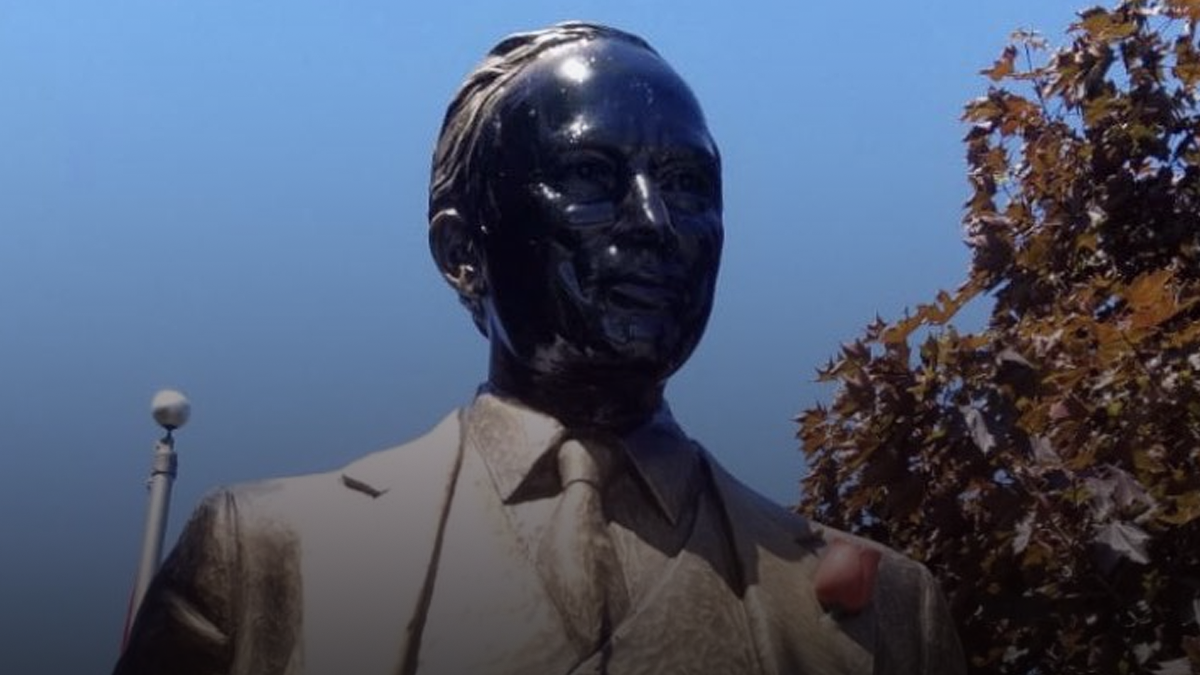 York Regional Police are investigating an incident of vandalism after a Pierre Elliott Trudeau statue in Vaughan, Ont. was painted in blackface.

Photographs of the statue show Trudeau Sr.’s likeness covered in black paint from the neck up.

According to CP24 journalist Kris Pangilinan, the police force’s Hate Crime Unit has been involved in the investigation.

The incident comes after left-wing activists across the nation have called for various statues to be removed and place names to be changed, citing racist origins.

Statues of Canada’s first Prime Minister Sir John A. MacDonald have been frequent targets of vandalism over the last few years.

Several days ago, an iconic statue of MacDonald was covered in paint by “anti-colonial vandals.”

The monument was compared to Confederate statues in the US and the accusation that “RCMP Rape Native Women/Kill Native Men” was written at the statue’s base.

In a recent petition, activists in Vaughan called on the city to change its name due to affiliations with its namesake Benjamin Vaughan.

“It is shameful that we uphold these people as heroes in our communities by naming cities after them and declaring civic holidays in honour of them,” wrote petition organizer Lindsay Michelle.

“We need to stand up against people like Benjamin Vaughan who have made decisions as a politician and everyday human that has caused trauma, violence and even death for black, indigenous and people of colour.”