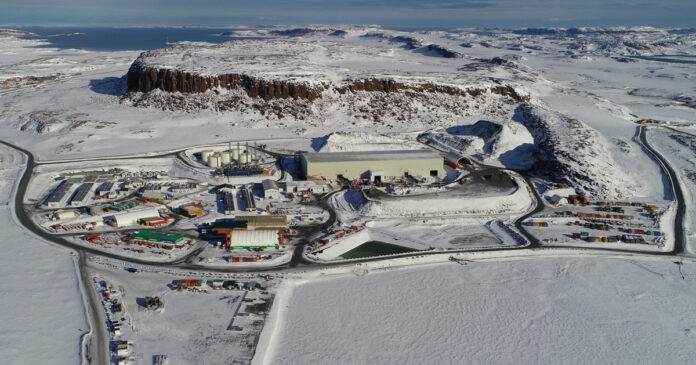 A former top military official has joined a growing number of voices that are calling on the federal government to reject a bid by a Chinese state-owned company to acquire a gold mine in the Canadian arctic.

TMAC Resources Inc. had earlier agreed to sell the Nunavut Hope Bay mine to Shandong Gold Mining Co. for $149 million. According to the Globe and Mail, retired major-general and former Afghanistan mission commander David Fraser urged the government to turn down the offer and to keep China out of the north.

Currently, the project is undergoing a national security review by the federal government under the Investment Canada Act. Last week, TMAC released a statement announcing that the review period would be further extended for an additional 45 days.

“This thing has a port attached to it. [China has] written a paper saying they want to be a near-Arctic power. Well, this gives them actual Arctic access,” Fraser told the Globe and Mail.

“If you look at what they have done on the South China Sea to extend their area of influence – what’s to stop them, once they get squatter’s rights and get into this port, of doing the same thing up there?”

Fraser is not alone in his opposition to the deal. Shortly after the purchase was announced earlier this year, former CSIS director Richard Fadden called on the federal government to consider the national security implications of such a deal.

If approved, the $149 million mine could give a foothold to China in the arctic, Fraser warned.

“[The Shandong] company reports back to the party in some shape or form and then all of a sudden they have certain people on their staff … that would be looking at things other than mines. Who is to say they couldn’t start snooping on us given [the various] strategic installations that we have across the North?”

“The Arctic is an economic window and we must put our stake in the ground and take ownership of it to assert our sovereignty in order that we can push back on the Russians and Chinese and everyone else that starts using the area.”