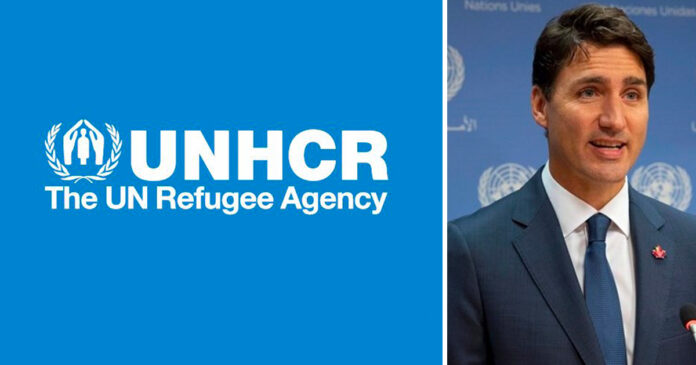 The United Nations High Commissioner for Refugees recently praised Canada for being one of the few countries that kept admitting refugees during the coronavirus pandemic.

The UNHCR’s Canadian representative Rema Jamous Imseis recently told the Canadian Press that the agency was thankful Canada kept its borders open to refugees while other countries closed their borders to prevent the spread of the coronavirus.

“It hasn’t, unfortunately, been at the levels that we had planned for prior to the pandemic, but it still is offering that critical lifeline to people who desperately need it,” she said.

“And we hope that next year actually is going to bring us a very different context and an ability not only to meet those targets, but to perhaps even exceed them.”

While the majority of countries closed their borders to all forms of immigration during the pandemic, the Trudeau government avoided closing the borders for as long as possible. Dr. Tam has since admitted that Canada kept its borders open too long.

In April, the Trudeau government allowed asylum seekers to make claims at legal Ports of Entry.

In October, the Trudeau government announced ambitious new immigration targets for 2021. By the end of next year, the government wants to admit 401,000 new permanent residents and 35,000 refugees.

In a statement, Immigration Canada spokesperson Alexander Cohen said that refugees admissions have accelerated near the end of this year.

“While our operations have been affected, we’ve come a long way since the onset of the pandemic and are now processing nearly six times as many refugee cases as in a similar period last year,” he said.

A poll commissioned by True North found that 76% of Canadians strongly agreed that immigration should be paused until a coronavirus vaccine is developed and unemployment drops to pre-coronavirus levels.