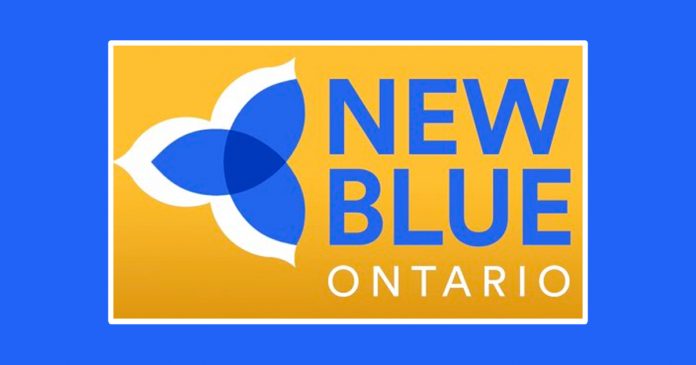 The New Blue Party of Ontario has been officially registered as Ontario’s newest political party.

“There’s a lot of frustrated blue voters that are just done with the Ontario PC party,” he went on to say.

In October, the Karahalioses announced the establishment of New Blue Party as an alternative to Ontario’s governing PC party. The party opposes the Doug Ford government’s lockdown measures and promises to advocate for small business and freedom of worship.

“We’ve heard from people across Ontario who are very disillusioned with the established parties, feel that Doug Ford betrayed them,” Jim said.

“We’ve been asked for a solution, and we can tell you that help is on the way.”

In July, Belinda was ousted from the PC caucus after she voted against Bill 195, a bill which allowed the Ford government to unilaterally issue emergency orders for the next two years, effectively allowing for perpetual lockdowns without votes in the legislature.

Jim, a grassroots activist who led a successful campaign against Ontario’s carbon tax, was disqualified from the federal Conservative leadership race after his campaign sent out a letter criticizing Walied Soliman, the chair of O’Toole’s campaign.

In October, the couple stated the party’s primary goal was to re-elect Belinda Karahalios as a New Blue MPP in Cambridge.