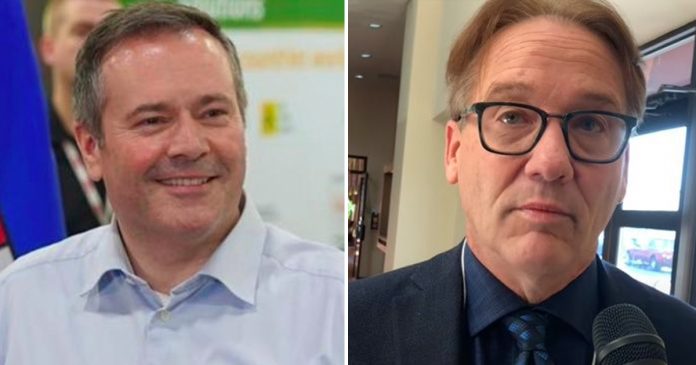 Alberta UCP MLA Drew Barnes still has faith in Premier Jason Kenney despite the two men’s public disagreement about the need for an independence referendum.

Barnes was asked on The Andrew Lawton Show Thursday if he still considers Kenney an ally in Alberta’s fight for a new deal, even as Kenney rejects Barnes’ idea of an Alberta independence referendum.

“Well, I do. I believe that Premier Kenney wants Alberta to be free and prosperous and strong. And, you know, I have no idea of all the things that are happening with him,” Barnes said.

On Wednesday, Barnes told the Calgary Sun’s Rick Bell that Alberta should hold a referendum on independence in conjunction with the 2023 provincial election.

Kenney has rejected the idea of separation, reiterating the official UCP stance of a “united Canada” and a commitment to “fight within Confederation.”

Barnes previously sat on the province’s fair deal panel, which proposed ways for Alberta to achieve more economic independence within Confederation. While acknowledging that many Albertans strongly support remaining in Canada, Barnes believes that most want to see drastic reform of some kind.

Barnes strongly feels that a referendum would be a strong message to the rest of Canada.

“There’s a lot of people that have sentimental attachment and see the value of still being part of Canada,” he said.

“At least 80% of the people in the fair deal panel and the people I talked to say that Alberta is getting the short straw and it is time for us to go and see if we can get a better deal within the Canadian Confederation and if not, explore all our options. One of those options is independence.”

Barnes has previously said he does not intend to leave the UCP unless his constituents demand he do so, though he does not think voters will break ranks with him over the question of independence.