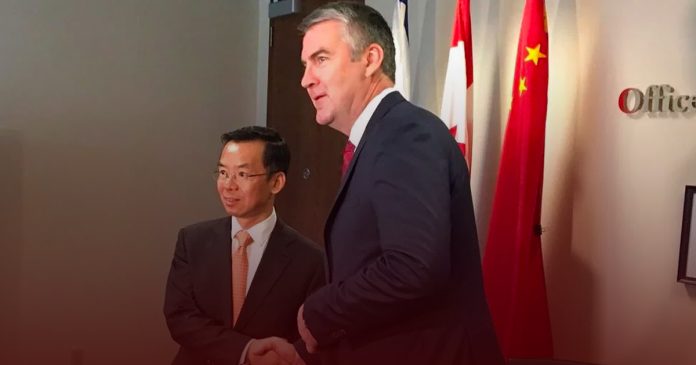 “It’s not our role to go in and tell someone else they’re wrong. Our role is to go in and work with them and learn,” he said.

“I’m grateful and proud of where I live. I’m proud to be a Canadian but Chinese people are proud to be Chinese. And they have a way of doing things. Let’s go learn. Let’s teach each other. And let us grow economic ties.”

As premier, McNeil put a focus on strengthening ties between Nova Scotia and China, having personally met with the Chinese ambassador in the past.

McNeil’s statements have been condemned as naive and dangerous as it has become known that China is committing genocide against Uyghurs and increasing persecution of Hongkongers, Christians and other minorities.

Further, two Canadians Michael Kovrig and Michael Spavor remain in a Chinese prison after they were arbitrarily detained by China.

“The remarks actually sound like something that China’s premier might say to a room full of gullible foreigners,” he told Postmedia.

“We don’t expect our politicians to insult other countries, but we do expect them to have the courage to speak honestly about major human rights abuses.”

McNeil will be stepping down as premier in the near-future, with transition already started with NS Liberal leader-elect Iain Rankin.