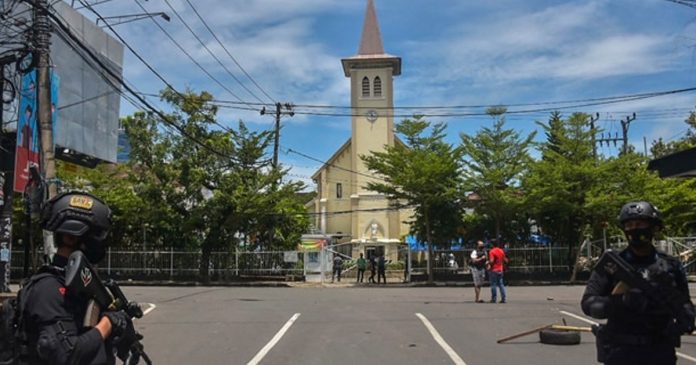 On the first day of the Easter Holy Week, two suicide bombers believed to be members of the Islamic State-inspired Jamaah Ansharut Daulah (JAD) attacked a Catholic church in the Indonesian city of Makassar.

Local police say 19 people were wounded while the two suspects were the only fatalities.

Police believe the suspects had tried to enter the church’s grounds on a motorbike. The motive of the attack is not known at this time.

Indonesia President Joko Widodo condemned the act as an act of terrorism and said the government would make sure Indonesians could worship without fear.

This is not the first time the Islamist extremists have attacked a church in Indonesia. The JAD is suspected to have been responsible for bombing a Philippine church in 2019 that killed more than 20 people.

The JAD is also suspected of an attack on a police post that killed at least 30 people in the city of Surabaya in 2018.

Makassar is the biggest city on the island of Sulawesi and has a substantial Christian minority, among other religions.