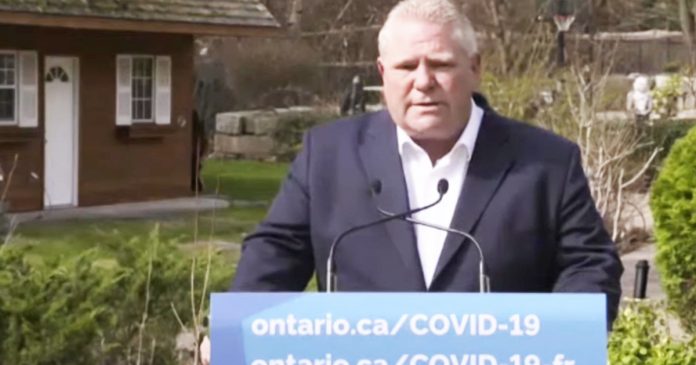 Ontario Premier Doug Ford has publicly apologized for restrictions announced last week after backlash from the public and law enforcement.

Speaking at a press conference on Thursday, Ford admitted that his government moved too fast in introducing extensive new restrictions on travel and public gatherings.

“We moved fast to put in measures in place to reduce mobility, but we moved too fast,” he said.

“I know that some of those measures, especially around enforcement, they went too far. Simply put, we got it wrong. We made a mistake.”

Last week, Ford gave Ontario police the power to stop-and-question anyone seen outside of their residence to enforce his latest restrictions.

Just one day later, Ford backtracked on the stop-and-question measure after almost all police forces in the province refused to use it. He also reversed the closure of playgrounds.

Ford acknowledged that the previous measures were excessive and took personal responsibility for the harm they may have caused.

“I know we got it wrong, I know we made a mistake, and for that I am sorry and I sincerely apologize. As premier, as I said right from the beginning, the buck stops with me. Again, I’m sorry and I apologize to each and every one of you.”

Ford appeared to be very emotional throughout the press conference, at one point choking back tears while discussing the damage the pandemic has caused families and businesses.