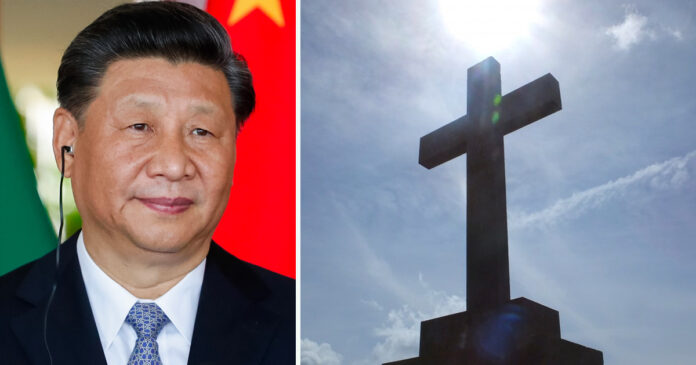 According to U.S.-based civil rights group ChinaAid, despite the impact of the pandemic on China in 2020, the communist regime ramped up persecution of Christian groups.

“Although the novel coronavirus, which initially broke out in China, raged throughout the world, CCP authorities did not ease their persecution of Christian churches and believers in mainland China. Instead, as authorities intensified persecuting Christians, the ensuring harm superseded COVID-19 in potency,” the report reads.

ChinaAid also observed nine instances of the government demolishing churches against the wishes of the congregations and hundreds of instances of crosses and other Christian symbols being removed.

“In the past, CCP authorities, including residential committee staff or police officers, openly tolerated Christians sharing the gospel and often would not interfere. Nowadays, however, authorities prohibit these practices and punish an offender with administrative detention.”

The report also highlights a sharp increase in other forms of persecution. As part of recent efforts to “sinicize” Christianity, state-approved churches have been instructed to interpret the Bible through a communist “Chinese People’s Perspectives.”

In one instance a textbook used in universities completely rewrote a section of the Gospel of John, distorting its meaning to suggest Jesus approved of murder.

Estimates suggest there are up to 100 million Christians in China, with around half worshipping through house churches that are not deemed legal by the state. Experts have suggested that increased persecutions may be a sign the Chinese regime is fearful as the Christian population continues to grow dramatically.