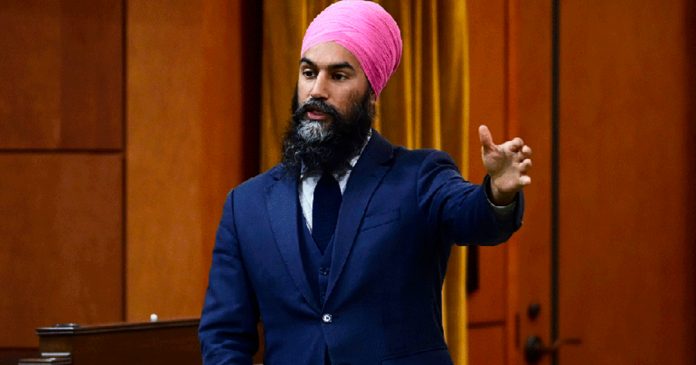 “To brazenly not follow public health guidelines puts people at risk and that is something that we’ve seen with extreme right-wing ideology,” said Singh on Monday.

“There is a connection, certainly.”

“Those people at those anti-mask protests, let’s not kid ourselves, they’re not people who need to eat,” said Nenshi during an interview with The West Block.

“They are people who are marching in thinly veiled white nationalist supremacists  anti-government protests, and they don’t deserve that kind of sympathy.”

Neither Nenshi or Singh followed up their claims by providing examples of protester’s supposed far-right connections.

Singh has also claimed without evidence that there are 300 active “far-right groups” operating in Canada right now. However, a True North fact check discovered that no research or documentation exists to support the claim.

Since the beginning of the pandemic, people have been showing up in droves to protest government orders and lockdowns at rallies across Canada. Anti-lockdown protests regularly take place in Toronto, Montreal, Calgary and Vancouver.

Elected officials from all levels have also banded together to call for an end to COVID-19 restrictions and a re-opening of the economy.

Earlier this year, Liberty Coalition Canada set up the End the Lockdown Caucus which has since grown to include dozens of current and former elected representatives from local, provincial and federal politics.