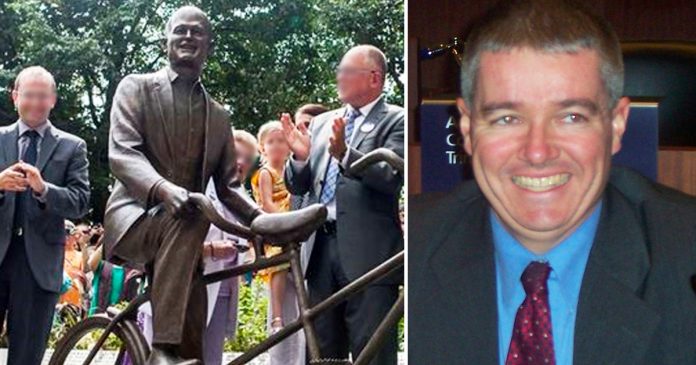 The Toronto city councillor who put forward a motion to request the Bank of Canada and the Royal Canadian Mint to replace “white and male politicians” from Canada’s currency supported and unveiled a statue commemorating late NDP leader Jack Layton.

In August 2013, Paul Ainslie attended and spoke at an event to unveil the bronze sculpture of Layton at Toronto’s Jack Layton Ferry Terminal.

At the time, Ainslie commented the statue “enhanced” the city and was a “positive” message to Torontonians.

“We are pleased to see this area enhanced by the infusion of art,” Councillor Ainslie remarked at the unveiling.

“This sculpture and message work together to create a positive greeting to all enjoying our City’s waterfront parks and Islands.”

At the time, Ainslie made no comment about equal representation or the need to diversify Canada’s image.

True North reached out to Ainslie to inquire whether he supported equal representation in public art or memorials but did not hear back by the time this article was published.

On May 5, the Toronto City Council unanimously passed Ainslie’s motion entitled “Diversification of Depictions on Canadian Coins and Bills to better reflect a more Heterogeneous and Inclusive Society.”

“In the pursuit to better reflect a more heterogeneous and inclusive society this Motion speaks to our currency being overrepresented by politicians, most of whom are white and male, underrepresenting persons who have contributed to other fields of great importance to our society,” Ainslie’s motion says.