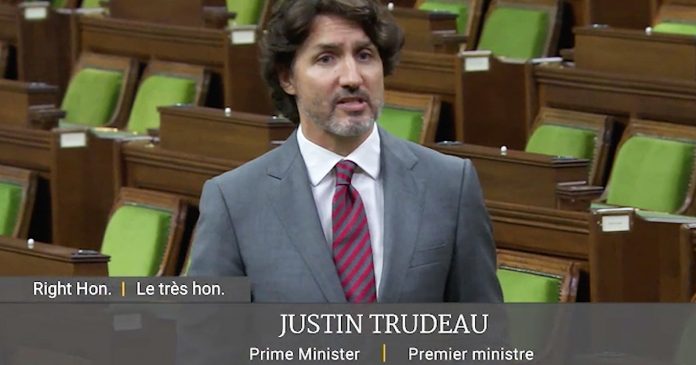 Uyghur Research Institute research director Rukiye Turdush, said at the May 31 that Trudeau is “really confused” about the nature of the CCP.

“I think our prime minister is really confused,” Turdush said in response to a question from Conservative MP Garnett Genuis. “I don’t think that the CCP and anti-Asian racism have to be considered or seen as together, because the CCP, the Communist Party, is ruling the Chinese people and in many places in the Chinese community in Canada and elsewhere. Chinese people and the CCP are totally different. Most of them are brainwashed. They are manipulated.”

Turdush added criticism of the CCP has “nothing to do with racism or anti-Asian.”

“I really didn’t get why he said that,” Turdush said.

On May 26, Trudeau lashed out in response to a question about two federal scientists accused of collaborating with China by lecturing the Conservatives on “anti-Asian racism.”

“I would recommend to members of the Conservative Party in their zeal to make personal attacks, not start to push too far into intolerance towards Canadians of diverse origins,” Trudeau said in Question Period.

“We will continue to make sure that we are doing everything we can to keep Canadians safe while participating in the global research community and stand up for tolerance and diversity.”

Such remarks do a “disservice” to Asian Canadians, Tibetan activist Chemi Lhamo told the Canada-China committee.

“If you want to tackle anti-Asian racism, the first way to address that is by listening to the Asian voices in your country—your constituents,” said Lhamo.

“As an Asian woman, let me tell you, there is a bigger target on my back, and conflating the idea of anti-CCP with anti-Asian is much more or further disrespect to Asian folks. I say this because Asia is much larger than just China. There are 40 other different countries. That is not only just a disservice to other Asian Canadians; it is also a disservice to Chinese Canadians.”