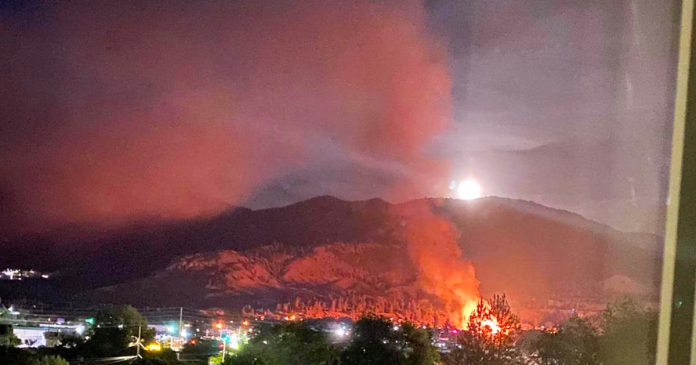 Police are investigating after two Catholic churches were burned to the ground in the South Okanagan region.

The two churches, Sacred Heart and St. Gregory’s, went up in flames early Monday morning. Both churches were on land belonging to the local Penticton and Osoyoos Indian Bands, respectively.

In a statement, South Okanagan RCMP said the fires have been deemed suspicious but will not speculate on the cause or motive at this time.

“Should our investigations deem these fires as arson, the RCMP will be looking at all possible motives and allow the facts and evidence to direct our investigative action,” said Sgt. Jason Bayda.

“We are sensitive to the recent events, but won’t speculate on a motive.”

Several weeks ago, it was alleged that human remains were found at the nearby site of the former Kamloops Indian Residential School. The residential school was operated by the Catholic Church until its closure in 1978. A report from the company doing the investigation is expected to be released this month.

Penticton Indian Band Chief Greg Gabriel inferred that the burnings may have been a reaction to the discovery.

Speaking to Penticton Western News, Chief Gabriel condemned the burnings and said their church was an important part of their community.

“There are some mixed feelings. I understand there is a lot of anger in our community with the discovery of those 215 innocent, poor children’s graves. There is a lot of hurt. But this type of action doesn’t help if in fact it is found to be deliberate,” he said.

“This church has been here since 1911. It was a fixture in our community. Many in our community were members and involved in services. Some of our elders are attached to the church and have come here today very sad. They are hurting but also they understand.”

Last week, a Catholic Church in Vancouver was vandalized with graffiti. The vandals spray-painted the words “killers” and “release the records” on the front doors of St. Augustine’s Roman Catholic Parish.