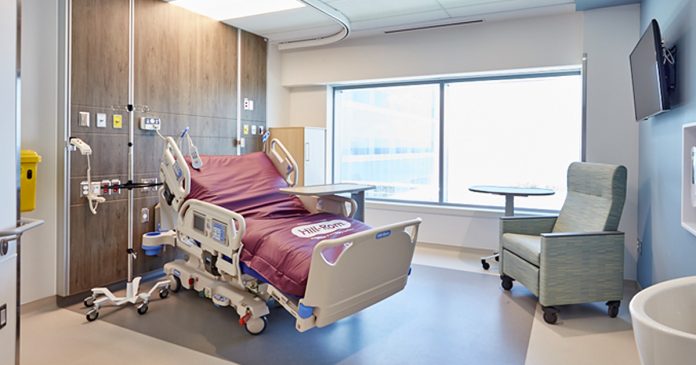 Most of the people who died from COVID-19 in Canada were over the age of 85 and had dementia, Alzheimer’s, chronic heart disease and other pre-existing “cardiovascular and respiratory conditions,” according to a shocking new report from the federal government.

Nine in ten deaths had a secondary cause listed on the death certificate.

The Statistics Canada report, released July 6, found that 94% of all Canadians who died of COVID-19 in 2020 were seniors older than 65. Of those, more than half were over 85 years of age, and the majority were residents of long-term care homes.

This led the report to conclude that those who died from COVID-19 “may have been at a high risk of dying over this period regardless of the pandemic.”

COVID-19 was not the only cause of death. 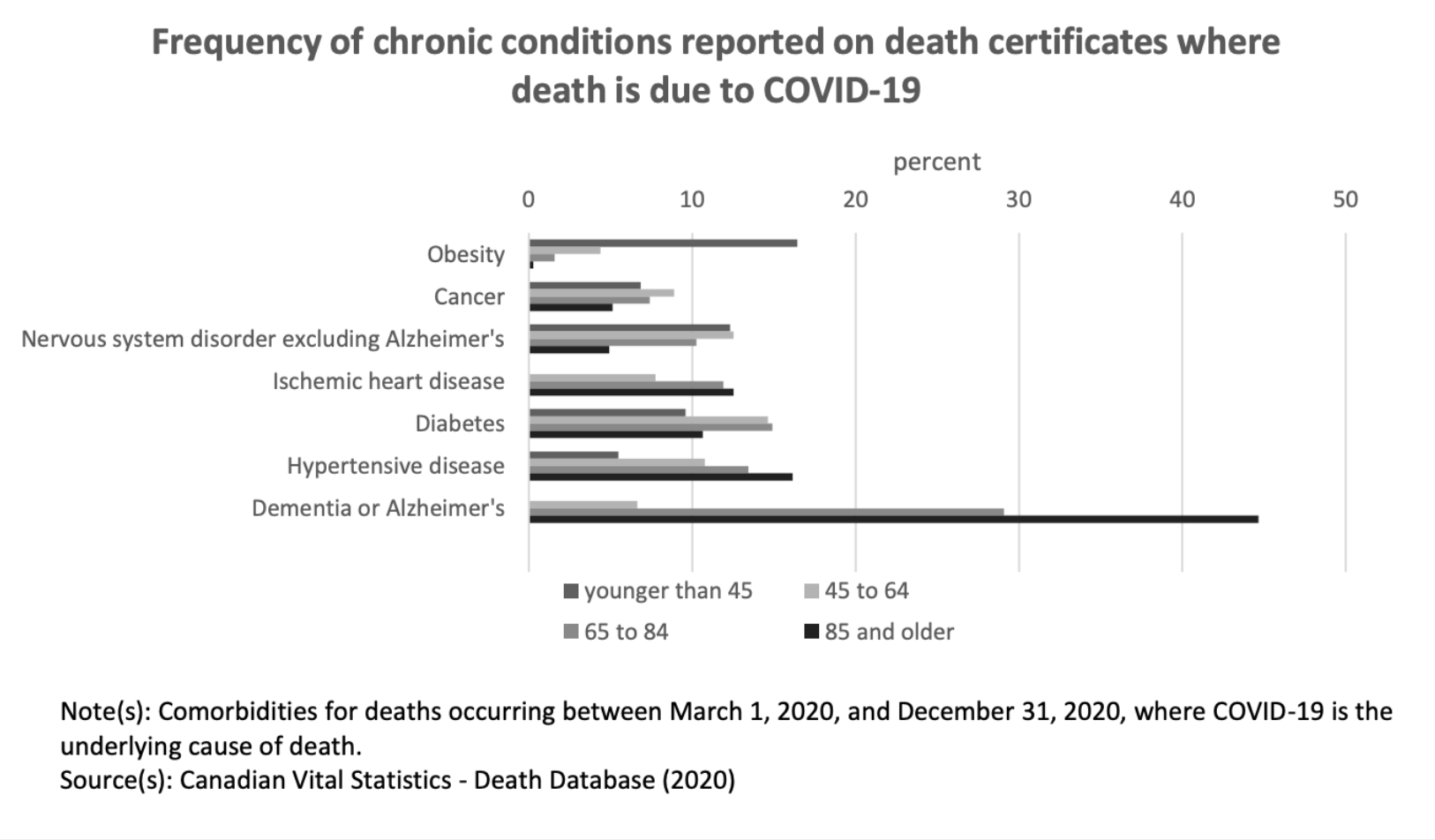 The report, entitled Briefing on the Impact of COVID-19 on Seniors, was prepared by researchers at Statistics Canada and was presented to the House of Commons Standing Committee on Human Resources and Skill Development. It was first reported by Blacklock’s Reporter.

The report looked at both COVID-19 deaths and as well as excess deaths that occurred in 2020. 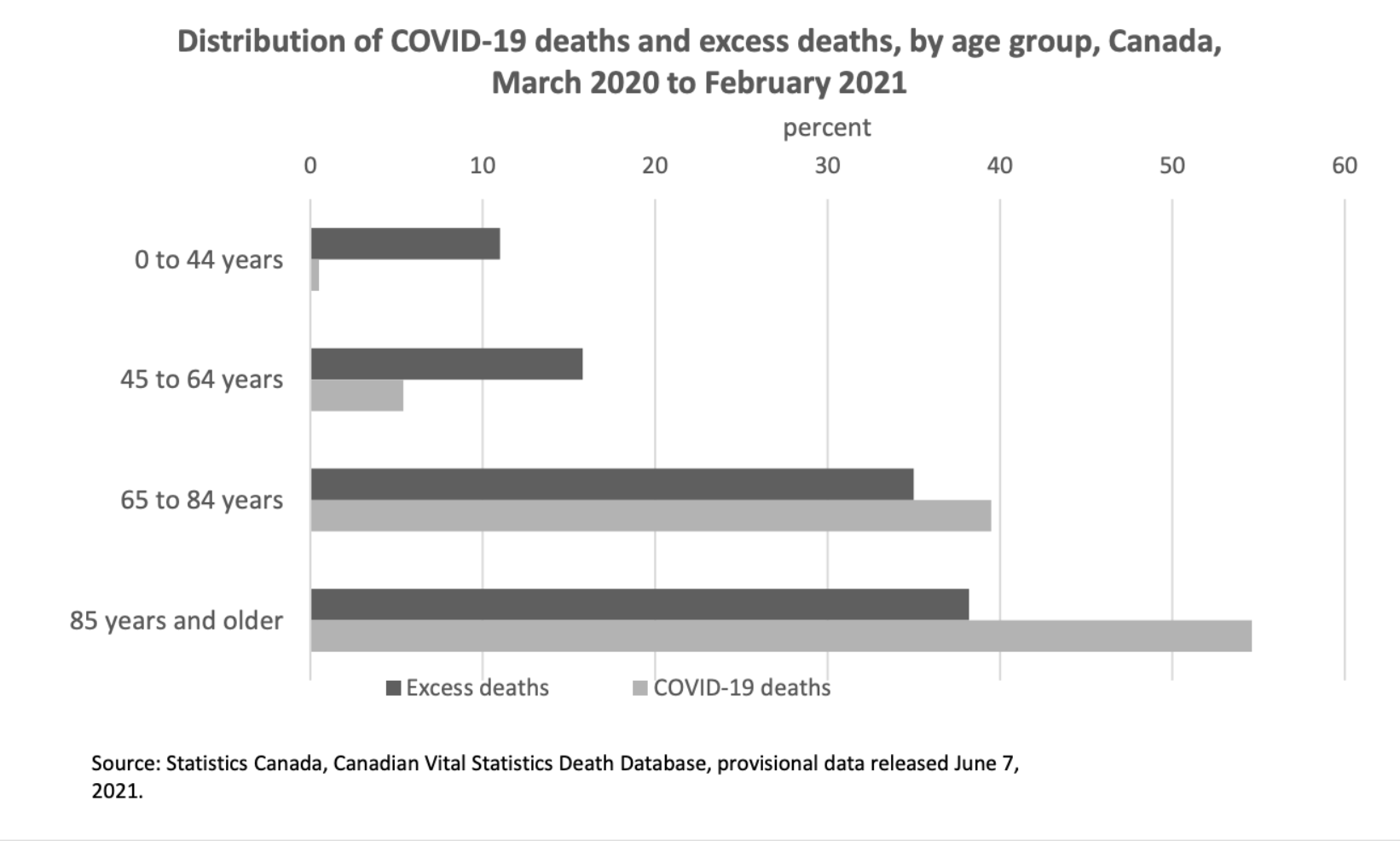 Excess deaths are described as the increase in the number of overall deaths in Canada relative to data from past years.

These deaths are the result of both the disease itself as well as the second and third order impacts of the lockdowns, including things like cancelled surgeries, undiagnosed diseases and diseases of despair such as suicide, drug overdoses, alcohol poisoning and so on.

This report focuses primarily on seniors, so no analysis or further details were provided to explain this large discrepancy. The report does, however, suggest that the lockdown and resulting difficulties for working-aged Canadians were significantly worse than the disease itself.

For instance, the report shows that seniors 65 and older were the least likely age category to report having difficulties with their financial situation, with fewer than 15% saying the pandemic had a moderate or major impact. 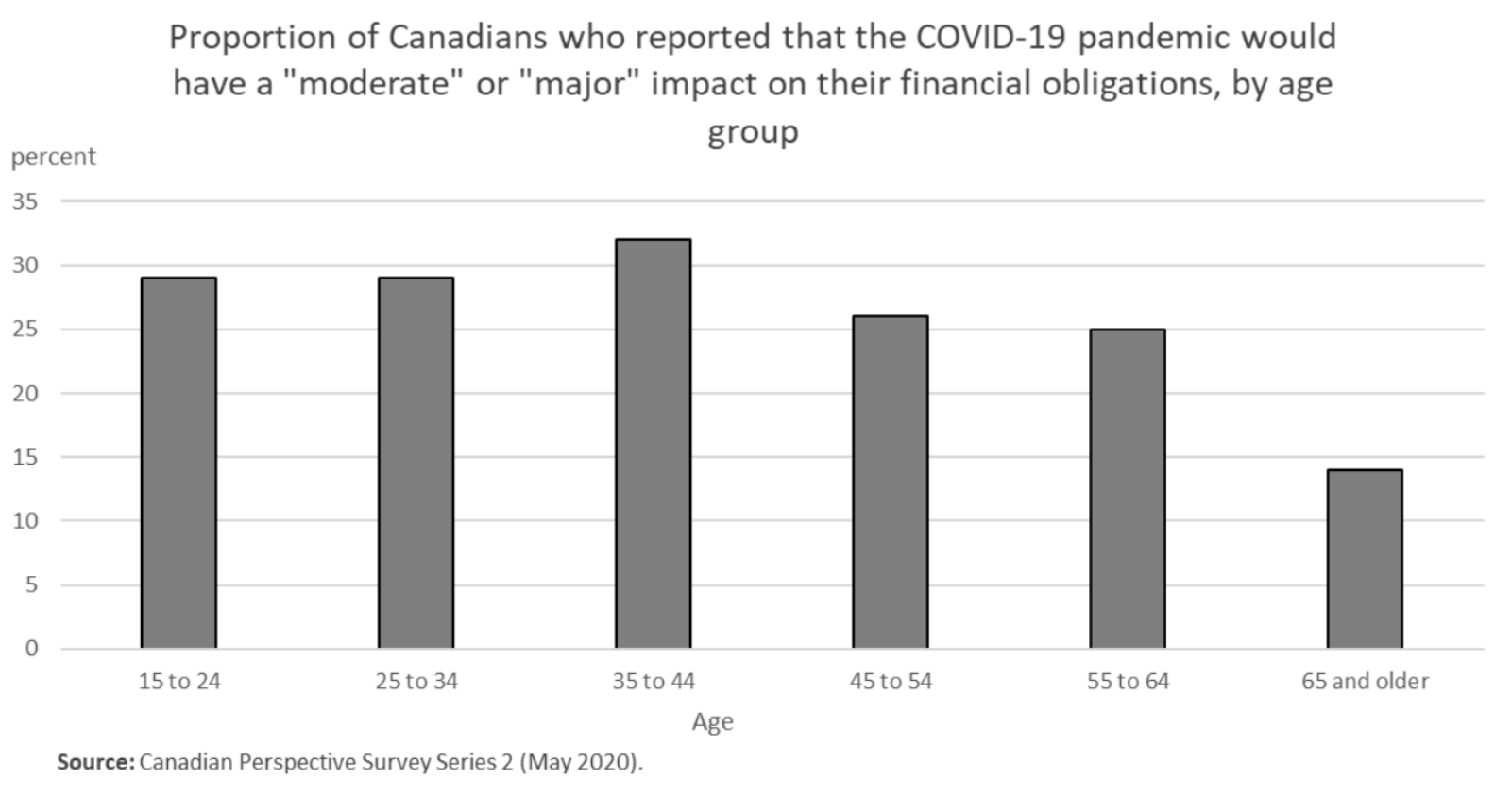 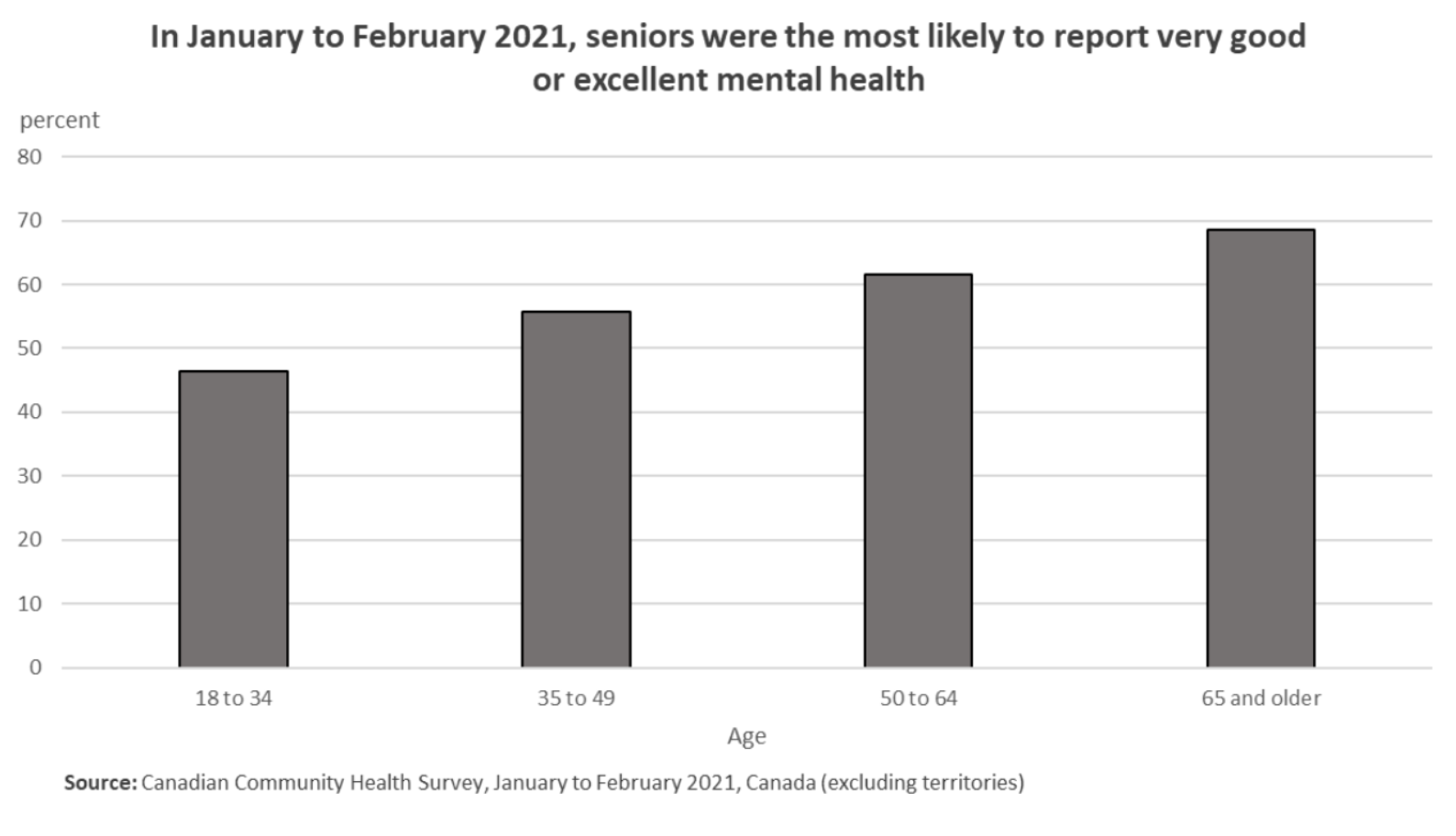 A recent report from the Sick Kids hospital found that a staggering 70% of teenagers reported symptoms of depression as a result of the pandemic and lockdowns.

While many provinces are starting to reopen, Canadians have been victims to some of the strictest public health orders in the world, rivaling communist countries like China and Cuba.