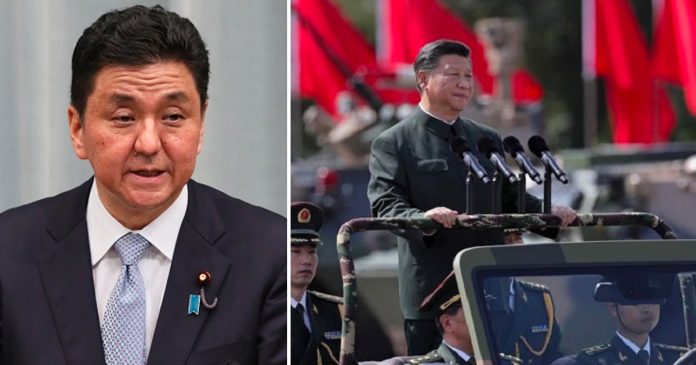 The international community needs to pay greater attention to the threat China poses to Taiwan, according to Japan’s defence minister.

Nobuo Kishi told the Financial Times that international pressure was needed to prevent a military confrontation between China and Taiwan.

“Rather than a direct military collision between China and Taiwan, international society needs to pay greater attention to the survival of Taiwan,” Kishi said.

“A lot of countries have shown their sympathy with our idea of a free and open Indo-Pacific…We can together send a strong message on regional peace and stability.”

The Japanese minister warned that the Chinese regime has been making various military moves “that work to envelop Taiwan.”

China has increased efforts to assert its claim of Taiwan in recent months. Chinese military aircraft have regularly entered the Taiwan air defence zone and Chinese naval vessels have been spotted in waters off of Taiwan’s eastern coast.

While Japan does not intend to form a direct military relationship with Taiwan, the Japanese government recently broke with years of precedent and directly linked Taiwan’s security with its own. In a recent defence white paper, Japan stressed the need for a greater “sense of crisis.”

Japan’s Deputy Prime Minister Taro Aso went even further and said a crisis in the Taiwan Strait would present an existential threat to Japan.

During a ceremony commemorating the 100th birthday of the Chinese Communist Party in July, Chinese President Xi Jinping vowed to “smash” any attempts by Taiwan at formal independence and pledged to complete “reunification” with the democratic country.

Critics of Prime Minister Justin Trudeau have called on the Canadian government to do more to support Taiwan.

A Politico report earlier this year suggested that the Liberals attempted to prevent an international award from being awarded to Taiwanese President Tsai Ing-wen.