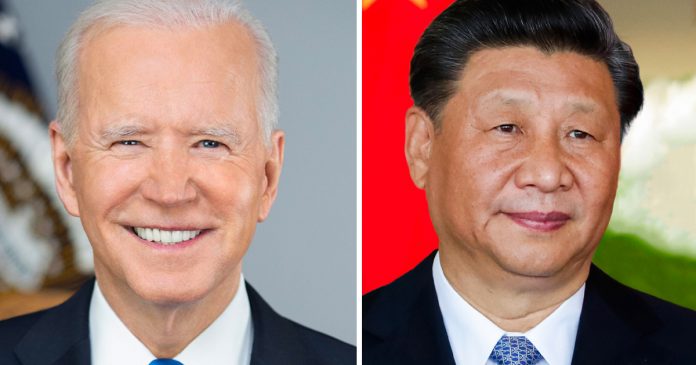 The Communist Chinese regime says the US could face “countermeasures” following President Joe Biden’s approval of a $750 million arms sale to Taiwan.

The arms sale includes 40 self-propelled artillery units, which is Biden’s first distribution of defence support for Taiwan since he took office. Taiwan believes the provision will improve the democratic country’s security in its efforts to ensure peace in the Taiwan Strait.

In response, the Chinese regime released a statement on Thursday accusing the US of undermining “China’s sovereignty and security interests.”

“China will resolutely take legitimate and necessary counter-measures in light of the development of the situation,” the Chinese embassy said.

The Trump administration also sold military equipment to Taiwan. In November, the former president approved a $600 million sale of MQ-9B drones to Taiwan, which also upset the Chinese regime at the time.

China has increased efforts to assert its claim of Taiwan in recent months. Chinese military aircraft have regularly entered the Taiwan air defence zone and Chinese naval vessels have been spotted in waters off of Taiwan’s eastern coast.

Escalating tensions between China and Taiwan have many in the international community concerned. Japan’s defence minister Nobuo Kishi recently said that international pressure was needed to prevent a military confrontation in the Taiwan Strait.

“Rather than a direct military collision between China and Taiwan, international society needs to pay greater attention to the survival of Taiwan,” Kishi said.

“A lot of countries have shown their sympathy with our idea of a free and open Indo-Pacific…We can together send a strong message on regional peace and stability.”

Critics of Prime Minister Justin Trudeau have called on the Canadian government to do more to support Taiwan and to stand up to the Chinese regime.

According to a recent report by the Canadian Security Intelligence Service, Canadians see the Communist Chinese regime as the biggest threat to Canada’s national security.