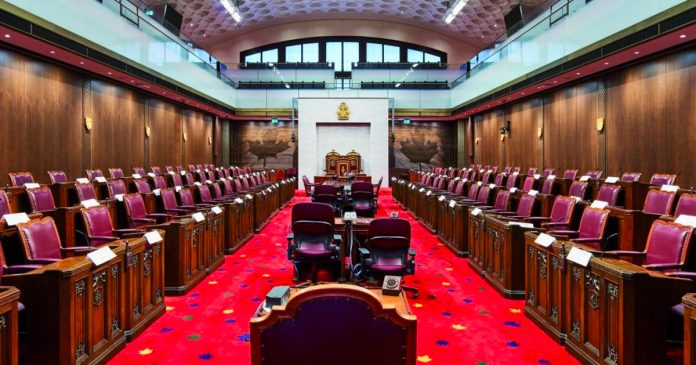 The governing body in charge of appointing so-called “independent” senators has two new members — both with extensive ties to the Liberal Party of Canada.

On Thursday, President of the Queen’s Privy Council for Canada and Minister of Intergovernmental Affairs Dominic Leblanc announced two new appointments to the Independent Advisory Board for Senate Appointments (IABSA).

The appointment of Gerald Glavine and Sandra Kelly have again raised concerns over the “independence” and “non-partisanship” of the selection process.

The two “independent” appointees, have both made multiple donations to the Liberals.

“The IABSA plays an important role in ensuring…representation by providing the Prime Minister with non-binding, non-partisan, merit-based recommendations for Senate appointments,” read the news release.

Trudeau founded IABSA in 2016 to supposedly circumvent the partisanship associated with Senate appointments.

Senate appointments are “recommended by the IABSA, and chosen using the merit-based process open to all Canadians.” This process is supposed to “ensure Senators are independent, reflect Canada’s diversity, and are able to tackle the broad range of challenges and opportunities facing the country,” according to the government.

However, the Conservatives have criticized Trudeau, arguing that he didn’t change the partisan nature of appointments because, in the end, Trudeau still has total discretion over who gets chosen. In 2017, independents voted with the government 94.5% of the time.

Some have questioned the efficacy of the selection process since it seems difficult to make “non-partisan” recommendations when the board itself has members with deep ties to the Liberals. Of the 2021 Senate appointees, five made large donations to the Liberals, two were former Liberal candidates and one was a director of the Trudeau Foundation.