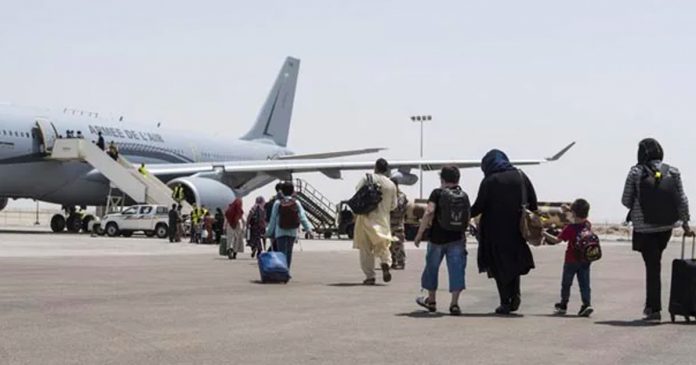 An unknown number of Canadians and their families remain trapped in Afghanistan following the end of Canada’s military mission.

On Thursday, Global Affairs Canada sent an email telling citizens that the Canadian evacuation effort in Afghanistan had officially ended and no more evacuation flights were coming. Canadians were instructed to “shelter in place.”

On the same day, two explosions in the Kabul airport resulted in many casualties and killed four US Marines. Citizens had been warned not to approach the airport as an attack by the Islamic State had been anticipated.

Canadians in Afghanistan had previously received urgent emails from Global Affairs Canada on August 24, urging them to go to hotels for evacuation. The bungled evacuation effort left some Canadians vulnerable on the streets of Kabul, waiting for Canadian Officials who never showed up. Others were turned away by US troops or beaten by the Taliban.

Defence Minister Harjit Sajjan had initially stated that all Canadians were “safely on their way back to Canada,” but a Twitter post by the department urging Canadians in Afghanistan to return home later revealed that many citizens had been left behind.

Evacuation aboard military flights began on August 4 when a Canadian Armed Forces aircraft landed in Toronto with approximately 40 passengers onboard. Afghan refugees thought to be local workers at the Kabul Embassy filled most of the plane. It remains unclear as to why diplomats did not evacuate all citizens at that time.

Afghanistan’s collapse did not come as a surprise to the Canadian Security Intelligence Service, which predicted the situation currently unravelling in a 2019 report titled Afghanistan: The Precarious Struggle For Stability.

“Many Afghans who can leave are doing so,” read the report. “Many believe that if the economy, stability and human rights did not improve after almost eighteen years of foreign attention, there is little hope for Afghanistan after abandonment by the US and its allies.”

The Intelligence Service warned that “Afghanistan’s army is undertrained, crippled by corrupt suppliers and no match for the Taliban without US support. Much depends on how long US forces remain in Afghanistan. If the US reached a clearer agreement with the Taliban and then withdrew before a final agreement on a transitional government was concluded, the government of Afghanistan could collapse quickly…”

“An early withdrawal of US forces could result in a new Taliban offensive and the end of the current regime.”

Critics of Prime Minister Justin Trudeau claim his government has bungled the Afghanistan crisis by failing to evacuate Canadian citizens, diplomatic staff and Afghan nationals who helped Canada’s military in a timely manner and taking a soft approach with the Taliban.

Trudeau was forced to clarify the government’s position on the Taliban after Liberal Foreign Affairs Minister Marc Garneau did not rule out the possibility of recognizing the terrorist group as the legitimate government in Afghanistan.

On Wednesday, women and gender equality minister Maryam Monsef referred to the Taliban as “our brothers.” When asked about her word choice, Monsef said it was a cultural reference.