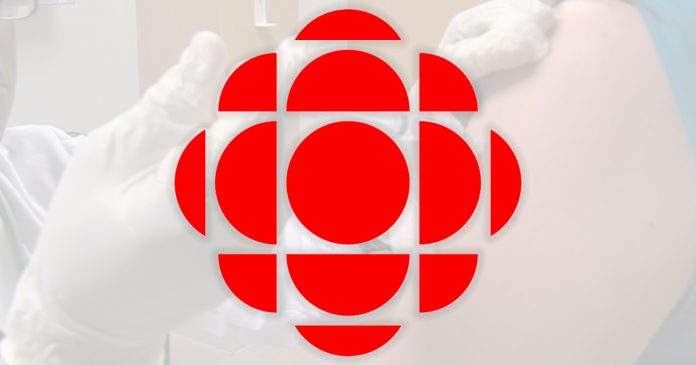 CBC and its French-language counterpart Radio-Canada are not currently requiring mandatory vaccinations from its employees and staff.

CBC Director of Media Relations and Issues Management Leon Mar told True North that, as it stands, vaccination is currently a personal choice for the Crown corporation’s workers.

“At present, vaccination is a personal decision for each employee to make,” Mar said in an emailed statement.

“As we have since the outset of the pandemic, we will continue to work with public health officials and make decisions to ensure we can all do our jobs while keeping everyone safe and healthy. Our priority remains delivering our services to Canadians while protecting the health of our employees and their families.”

Earlier this month, the federal government announced that public service employees and federally-regulated industries would soon be required to be vaccinated.

“The Government of Canada expects that Crown corporations and other employers in the federally regulated sector will also require vaccination for their employees. The government will work with these employers to ensure this result,” a Treasury Board news release from August 13, 2021 claimed.

The Trudeau government has stated that they are working to implement a sweeping mandatory vaccination policy to be in place tentatively “by the end of October.”

To date, the federal government has yet to reveal any extensive details about the vaccine requirement and whether there will be health-based or other exemptions for those who are unable to be vaccinated.

CBC News has extensively given coverage to pro-mandatory vaccination views. Articles with titles like “COVID-19 vaccine mandates are coming – whether Candians want them or not” and “Conservative opposition to mandatory vaccinations is ‘irresponsible’ and ‘dangerous,’ says Trudeau” are a common sight in the network’s regular coverage.

Additionally, as reported by True North, in their coverage of the federal vaccination mandate, CBC News ignored the fact that First Nations bands and services would be forced to get vaccines.

Statistics Canada data shows that Indigenous Canadians and black Canadians have some of the highest rates of vaccine hesitancy across Canada.

In total, only 56.6% of black Canadians are reporting that they would get the COVID-19 vaccine, while 72.5% of Indigenous people said the same.

In his own statements on the matter, Liberal Party Leader Justin Trudeau also omitted any mention of the impact vaccine mandates would have Indigenous or black Canadians despite the fact that they make up a notable percentage of the public service, with black Canadians counting in at about  3.5% of the federal workforce.