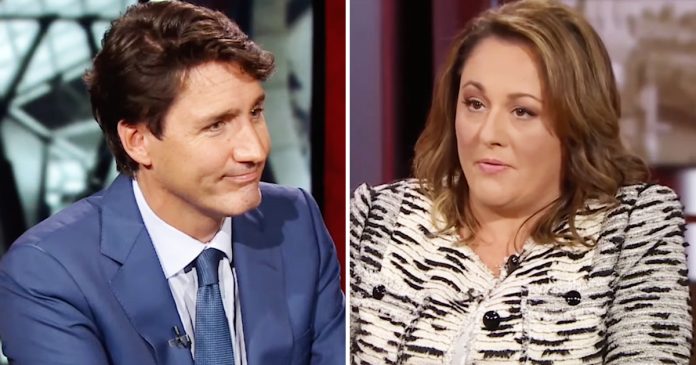 In contrast to Barton’s interview of Conservative Leader Erin O’Toole, in which she appeared to incorporate Liberal talking points into her questions, the segment featuring Trudeau was much friendlier and less aggressive.

While O’Toole was grilled mostly on issues rated as more important to Liberal voters, issues that rank high on Conservative voters’ radars like economic recovery, inflation and government spending were largely ignored by Barton while talking to Trudeau.

According to an exclusive poll commissioned by True North, Liberals ranked climate change, COVID-19 and the environment as their top issues this election.

Instead of being questioned about his numerous ethics investigations, accusations from female former caucus members of being a fake feminist and the WE Charity scandal, Trudeau was asked mostly about how Canada is systemically racist, as well as other questions about diversity and the environment.

“What I want to know is, what do you as a leader plan to do to ensure that Canadians from all walks of life feel safe and protected? Just seeing some of the things that have been happening during your campaign stops, it just really worries me,” asked one audience member.

In response, Trudeau implied that Canada was racist and that Canadians “have to accept” that.

Another person asked Trudeau what he would do to address the “growing income inequity” problem in Canada. Inequity is a concept endorsed by the far-left and Liberals based on equality of outcome, meaning that people should receive the same pay and salary regardless of their ability to perform.

Instead of pressing on Trudeau’s response to the question, as Barton did to O’Toole when during his own appearance, Barton did not interfere as Trudeau laid out LIberal spending promises.

Notably, Trudeau has pledged CBC/Radio-Canada an additional $400 million in spending should he be elected in 2021.

As revealed in a True North montage comparison of Trudeau’s interview and O’Toole’s, Barton’s tone and demeanour was much more amicable towards Trudeau than it was to O’Toole. As noted on social media, Barton’s interview with NDP Leader Jagmeet Singh was also noticeably more aggressive than Trudeau’s.