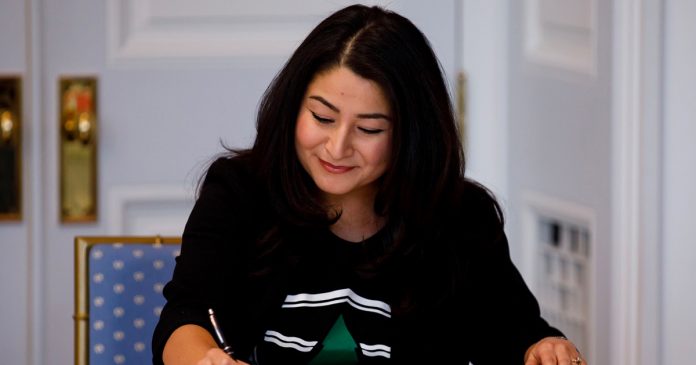 Liberal candidate Maryam Monsef will not be returning to Ottawa for the upcoming parliamentary session, as she lost the riding of Peterborough-Kawartha to first-time Conservative candidate Michelle Ferreri on Monday night.

Leading up to the election, Monsef saw a dramatic decline in popularity after she referred to the terrorist organization the Taliban as “our brothers.”

In an August press conference, Monsef said, “I want to take this opportunity to speak to our brothers, the Taliban. We call on you to ensure the safe and secure passage of any individuals in Afghanistan out of the country.”

Monsef attempted to do damage control by clarifying that she “doesn’t support the Taliban” and that her “brothers” reference was a cultural reference. “In terms of the terminology, if you go to masjids across the country, Muslims refer to each other as brothers and sisters,” Monsef said.

Throughout her political career, Monsef has publicly discussed her personal story as a refugee from Afghanistan. Monsef has claimed she fled Taliban violence in Afghanistan with her mother and brother when she was 11.

Peterborough-Kawartha did not uphold its longstanding record as a bellwether riding. For the past 60 years, in almost every federal election, the party with the local winning candidate in the riding has been the party that forms government by the end of election night.

This year, the Conservatives swept Peterborough, but the Liberals still managed to form a minority government.