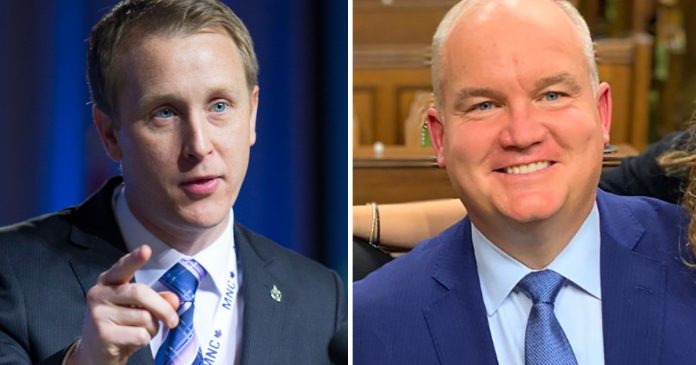 Conservative MP Chris Warkentin told a local news outlet that Conservative Leader Erin O’Toole’s flip-flopping on policy positions led to a missed win for the party during the election this week.

Warkentin, who was re-elected to his riding with 68.4% of the votes, still lost a substantial amount of support considering his vote share in 2019 was 84%.

“It was when our party leader started to waffle on some of the policies that we had brought forward and hadn’t been clear that I believe that Canadians became uncertain and unwilling to continue to look to our party as an alternative,” Warkentin told Town & Country news.

“I believe that that was the beginning of polls shifting back in favour of the Liberals.”

According to Warkentin, others in the party are beginning to voice their concerns about O’Toole remaining at the helm since he was unable to deliver a victory.

“Justin Trudeau has promised during this campaign that if he was only given a minority that he would plunge Canadians back into an election within 18 months, and I don’t expect that this will be a long-term government,” said Warkentin.

As reported on by True North, O’Toole flip-flopped on several key campaign promises he made to his base including on his commitment to repeal Liberal gun bans, not introduce a carbon tax and walking back on defunding the CBC.

Warkentin is not the only member of the party who has called O’Toole’s election performance a missed opportunity.

Additionally, Conservative National Council member Bert Chen has launched a petition calling on O’Toole to be recalled as leader of the party.

“Erin O’Toole has BETRAYED the principles that the Conservative Party is founded on,” the petition says.

“Erin O’Toole has BROKEN THE TRUST of the members of the Conservative Party.”

To date, the petition has received nearly 2,200 signatures.