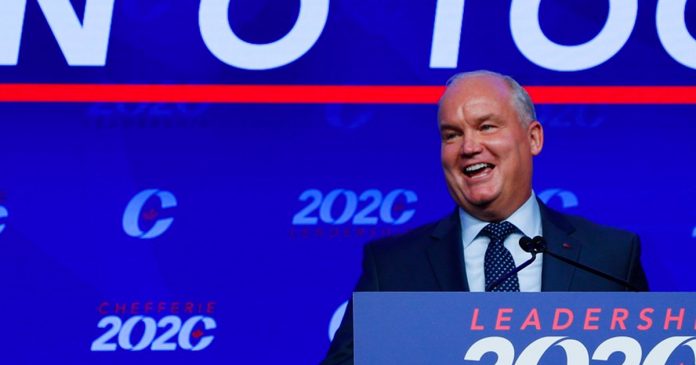 Conservative Party of Canada President Rob Batherson is threatening to drop national council member Bert Chen from his position after Chen created a petition to have Erin O’Toole recalled as leader.

“When you hold an office in the party, there’s an expectation that your conduct is such that it doesn’t detract or harm the interests or the reputation of… the national council on which you serve… the party and… the leader,” Batherson told CBC News.

“Use that position in a constructive way, to engage the leadership on conveying views that you’re hearing from the members. [Don’t go] down a path where you’re literally lighting a torch before all the ballots have been actually counted.”

According to Chen, he is not abusing his authority and is simply representing the views of members who have expressed a desire for an early leadership review.

“I have received overwhelming support in favour of my petition from members of the Conservative Party. This can be evidenced by the more than 4,000 signatures to my petition, versus the 2,000 in support of Mr. O’Toole,” Chen told CBC News.

“A national councillor’s duty is to represent the concerns of the membership, not to run interference for a leader who has lost their confidence. I will continue to act in the best interest of our membership, and I am confident that my colleagues on National Council respect my duty to the membership.”

As of Thursday, Chen’s petition has received nearly double the amount of signatures than the one in support of O’Toole.

In a September 30, 2021 update to his petition, Chen accused Batherson of trying to have him “removed or silenced from National Council.”

“I will continue to represent your belief that Erin O’Toole must be held to account for his actions at the earliest opportunity,” wrote Chen.

“As we continue this effort, please remember these Five conservative leadership policies O’Toole abandoned during the general election and why he cannot stay on as Leader.”

Many Conservatives have come out against O’Toole for losing what many call was a “winnable” election.

Despite flip-flopping on many conservative policies in order to appeal to Liberal voters in Ontario and Quebec, O’Toole was not able to increase the Conservative vote share or seat count.

A True North study found that despite spending 400% more time campaigning in Quebec than Prime Minister Justin Trudeau did in Alberta, O’Toole did not make any gains in the province while Trudeau was able to secure two seats in Alberta.