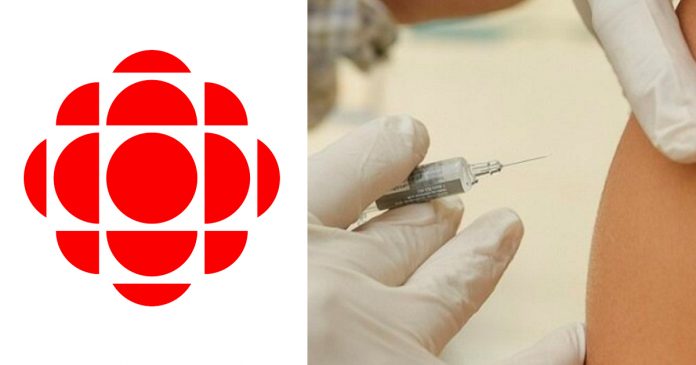 The CBC has asked its employees to report their vaccination status by the end of this month while the crown corporation reviews Wednesday’s mandatory vaccination announcement for federal workers.

In a statement given to True North by CBC/Radio-Canada Director of Media Relations Leon Mar, the broadcaster noted that it plans to comply with the order.

“We are currently reviewing the information available regarding this morning’s announcement. We expect that other Crown Corporations will be asked to mirror the federal government’s policy in their own operations. We have already told employees that they are required to report their vaccination status by the end of this month. This information will help us make additional decisions about mandatory vaccination and how to operationalize it,” Mar wrote in an emailed statement.

“In the meantime, we continue to recommend employees follow public health recommendations and to encourage those who can to get vaccinated. We will continue to comply with provincial and federal public health directives as they evolve.”

The statement indicates a shift in approach to the broadcaster’s former position on mandatory vaccinations.

In August, as exclusively reported by True North, the CBC stated that COVID-19 vaccination was a “personal decision” for each of its employees to make and that at the time it was not being required from its workers.

“At present, vaccination is a personal decision for each employee to make,” Mar said at the time.

Workers who refuse to comply with the orders will be put on unpaid leave.

During the announcement, Trudeau made no mention of high rates of vaccine hesitancy among black and Indigenous Canadians, who will be negatively impacted by the policies.

According to Statistics Canada, black Canadians have some of the lowest willingness to take COVID-19 vaccines (56.6%). 2020 data shows that black Canadians make up 3.5% of the federal workforce.