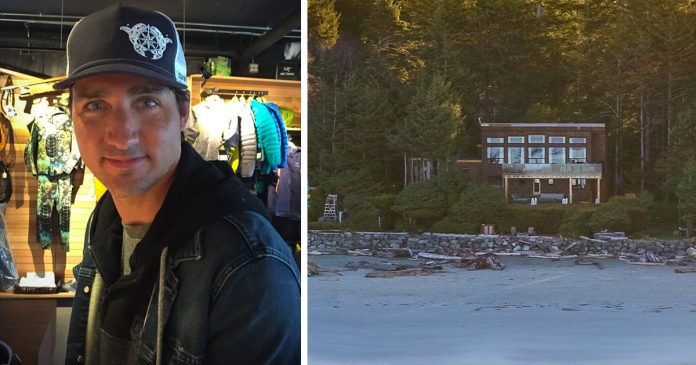 When Prime Minister Justin Trudeau decided to mark the first National Truth and Reconciliation Day by hitting the beaches in Tofino, B.C., he stayed in a multimillion-dollar beachfront estate.

According to the Toronto Sun, the home that hosted Trudeau and his family last week is owned by a Calgary business executive.

Sotheby’s International Realty Canada, a real estate agency, describes this rental house as a “surfer’s paradise.” Sotheby’s values this house at about $18.8 million.

Trudeau arrived in Tofino for a four-day vacation on the same day as Canada commemorated the first National Truth and Reconciliation Day. The prime minister’s poorly-timed vacation garnered criticism from Indigenous groups, some of which extended invitations for him to mark the day with them.

“Given the fact this is a nationally recognized holiday in regards to truth and reconciliation, it would have been appropriate for the prime minister to fully acknowledge this day,” said Phillip.

Trudeau extended a private apology to Kamloops, BC, Tk’emlúps Nation Chief Rosanne Casimir on Sunday and on Wednesday, he told reporters that “travelling on September 30th was a mistake.”

The multimillion-dollar beachfront estate that Trudeau stayed in measures 5,987 square feet, and it is located on a 1.2-acre lot.

Municipal land records from 2012 identify the property owner as a numbered corporation. The corporation’s website advertises itself as a “secure payment processing solution” for the cannabis industry.

Dun & Bradstreet, a data and analytics business, lists the current owner’s husband as their main principal.

The Prime Minister’s Office could not be reached for comment in time for publication of this article.