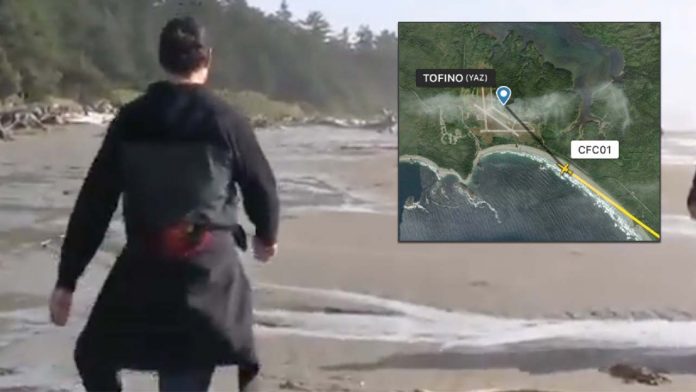 The Native Women’s Association of Canada (NWAC) has questioned the sincerity of Prime Minister Justin Trudeau’s apology after he took a family vacation in Tofino, BC on the National Day of Truth and Reconciliation.

According to Blacklock’s Reporter, NWAC CEO Lynne Groulx believes Trudeau only apologized after public backlash for his Tofino vacation.

“Sadly, we recognize this moment of contrition comes after much public pressure, not necessarily because you have suddenly seen the light,” Groulx said in a statement.

“It will now be up to you to rebuild trust with our communities.”

Over the weekend, the Prime Minister’s Office hastily revised Trudeau’s itinerary after it falsely claimed he was in Ottawa for “private meetings” when in reality he was strolling down the beach and staying at a luxury beach resort property.

Soon after the incident made national headlines, reporters caught the prime minister walking down the beach and photographs revealed him enjoying a glass of beer with his wife on the property’s balcony.

When pressed on the callousness of taking a vacation on a day of reflection, Trudeau stated that he was sorry.

“Traveling on September 30 was a mistake and I regret it,” Trudeau told reporters on Wednesday.

At the time of his vacation, Trudeau was repeatedly invited by Kamloops, BC, Tk’emlúps Nation Chief Rosanne to a ceremony to honour residential school victims but Trudeau was a no-show.

Other Indigenous leaders also condemned the timing of Trudeau’s vacation.

“Given the fact this is a nationally recognized holiday in regards to truth and reconciliation, it would have been appropriate for the prime minister to fully acknowledge this day,” said Union of BC Indian Chiefs Grand Chief Stewart  Phillip.

“Rather than do that, he has chosen to turn his back on the historical significance of today and hide out in Tofino.”