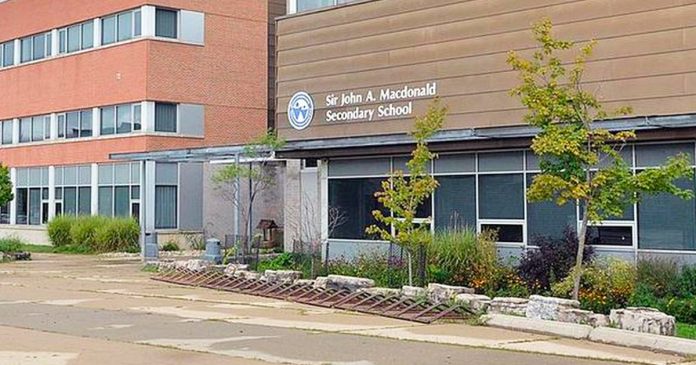 The Waterloo Region District School Board is seeking to rename three schools citing their namesake’s alleged legacy of racism and systemic discrimination.

A November 15, 2021 final report by the board’s Ad Hoc School Naming Review Committee calls on trustees to approve a list for “renaming identified as a high priority.”

The schools being considered to be renamed are AR Kaufman Public School, Ryerson Public School and Sir John A. Macdonald Secondary School.

Deliberations regarding Ryerson Public School and Sir John A. Macdonald Secondary School have been ongoing since the summer but this is the first time that AR Kaufman Public School has been identified for renaming by the committee.

“The Waterloo Region District School Board (WRDSB) acknowledges that systemic racism exists within the education sector and within the WRDSB. The WRDSB is committed to engaging in meaningful and sustained dialogue about racism, systemic discrimination and oppression,”  the committee report claims.

“The list of schools and facilities provided below reflects the Committee’s identification of school names with a high (immediate) potential for concern. The list of mascots and other named spaces that reflect consideration for renaming will be referred to the respective school communities for implementation.”

AR Kaufman was a prominent local businessman and philanthropist in the 20th century who was also an advocate of eugenics. As a member of the Eugenics Society of Canada, he advocated for birth control and other measures.

Kaufman also generously donated to the development of public works and services in Kitchener,  establishing three parks in the area.

Similarly, the legacy of Canada’s first Prime Minister Sir John A Macdonald and Canadian educator Egerton Ryerson have come under scrutiny by activists who claim that statues and commemorations of the two figures cause harm to minorities and other disadvantaged groups.

Supporters of the two have noted Macdonald’s positive influence as a father of Confederation and Ryerson’s impact on establishing the public schooling system in Canada.

Several cities throughout Canada have taken steps to remove statues of Macdonald including the City of Regina. Additionally, a statue at Ryerson University was toppled by protestors and the university has moved to change its name in response.